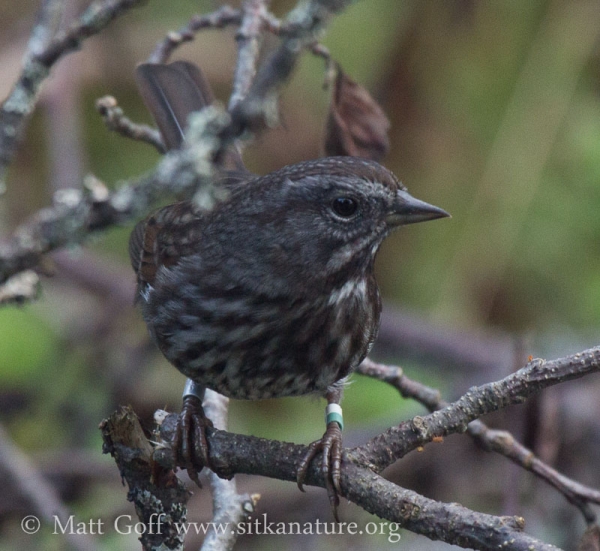 Although the banded Song Sparrow has been around for at least a week, today was the first time I managed to get pictures of it (coincidentally, it was last year on this date that I first saw and photographed the bird after that summer). Ordinarily the sparrow tends to stay mostly concealed in the brush pile or bushes, but today it was acting aggressive toward another bird that was in the yard. I think it was trying to chase the other (which I think was probably hatched this year) out of the yard. 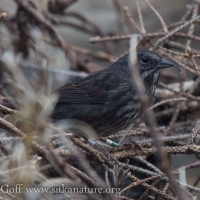 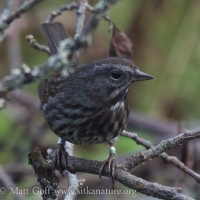 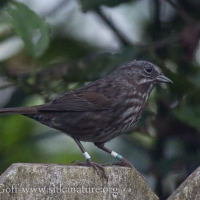 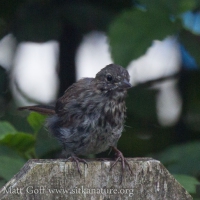