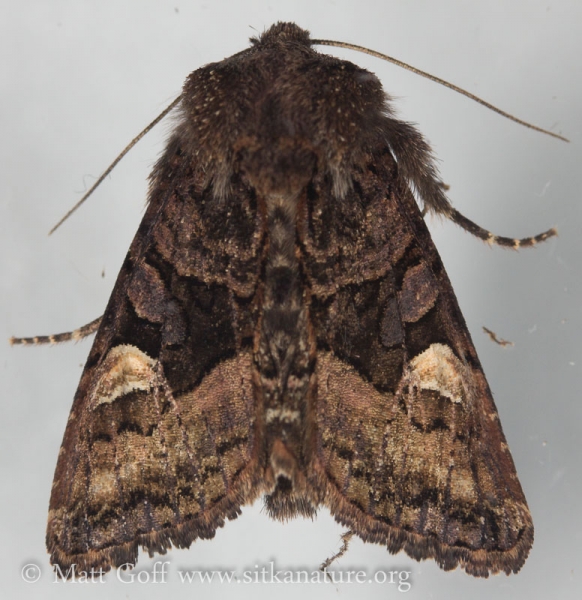 In the 2012 checklist of Alaska moths, American angle shades (Euplexia benesimilis) was not treated. Last year, one was captured and photographed from Galankin Island for the first known state record (with the proviso that there is a Eurasian species that requires microscopic examination of genitalia to distinguish, so theoretically that could possibly occur in Alaska). I think the one shown at the top of this post is not likely the first I’ve found (that honor probably goes to the one shown below, from back in 2007 – which I guess would make it an earlier record, though I didn’t figure out what it was until this year), but certainly it’s the first I’ve found where I had some idea about what I was looking at.

This one laid eggs which Rowan has decided to try raising. Fortunately, they are supposed to be generalist feeders, so it shouldn’t be too hard to keep them happy with assorted greenery.

Overall, these moths do not seem to be super common, though it can be hard to tell, since if they are not consistently attracted to light, it would be easy to have no idea when they are around. 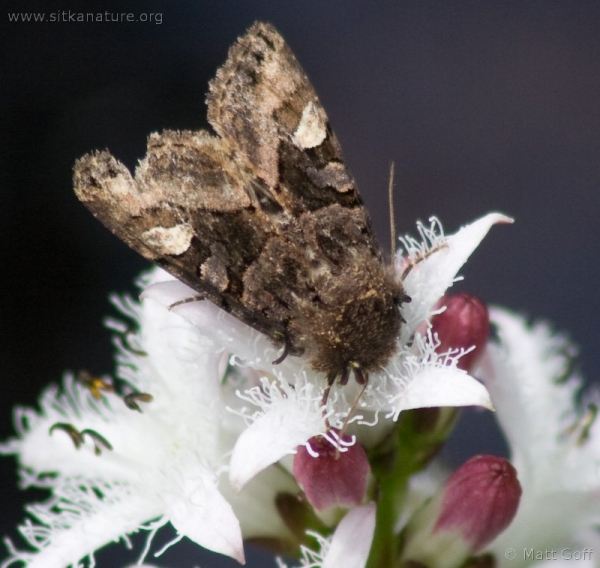 Questions that I now realize I don’t know the answers to: