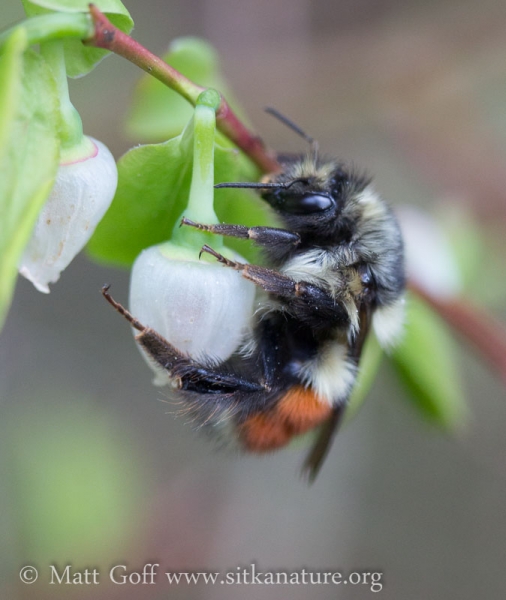 Back in 2007 I had the bright idea to try and document 1000 species in a single year. I started a weblog for the project – the posts live on, but it hasn’t been updated in years – and made it through 65 species that year. Of course I saw and photographed many more, but the effort of processing photos, identifying things, and updating the blog was just more than I had the discipline to keep up with.

I made second concerted effort in 2012, though without attempting to keep up with a weblog. I still don’t know if I made 1000 that year, it looks like I have on the order of 700 different species that I recorded in my Cybertracker application, and I still have over 8000 pictures to process, which no doubt contain quite a few additional species that I had (and have) not yet identified. To help keep track of that, I also started putting observation records in the Natural History of Southeast Alaska Wiki and compiling the totals. That’s pretty much limited to things I photograph, however. In order to get a good count for 2012, I’ll need to get the rest of my photos processed (or at least put observations in the wiki for the various different species), then merge that list with the Cybertracker list. I’ve clearly not been in a rush to get that done, however.

That’s probably over 200 words more than anyone wants to read about my efforts to document 1000 species observed when the main upshot is that I’m not all that organized. However, there has been one other way of counting that I’ve been a bit better with, and that’s keeping track of species for which I have uploaded photos to the natural history wiki. Today marked a milestone of sorts. The Black-tailed Bumblebee (Bombus melanopygus) was the 900th species for which I uploaded a photo. At 90% of the way to 1000, I’m tempted to make a concerted effort to work through my photos, create species pages where needed, and at least get to 1000 species in the wiki by the end of the year.

1000 is an arbitrary milestone to be sure (and 900 even more so, perhaps), but one that has provided me with some motivation to get out and explore, plus a little bit of enjoyment later when I am at home (I do like playing around with numbers from time to time). Maybe one of these years I’ll pull off the 1000 species year (and not need to wait years to get the tally), and perhaps I’ll creep my lifetime mark up to 2000, or even more. But today I’ll take a moment to acknowledge and feel good about the arbitrary, but fairly round number of 900.