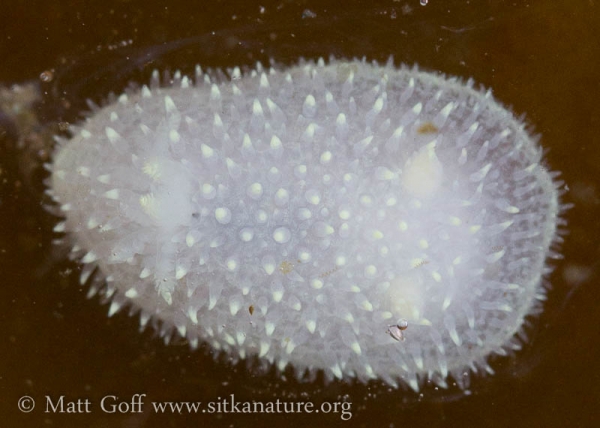 Last week Rowan found a small white nudibranch at John Brown’s Beach. It was one I had not seen before (which isn’t not particularly notable, since I haven’t spent a lot of time on marine life), but it seemed reasonably distinctive. However, it was not quite as easy to figure out as I had hoped. After some effort looking through the books, I came up with Hudson’s Dorid (Acanthodoris hudsoni). The frosted white tips of relatively conical shaped somethings – [I don’t actually know what they’re called], together with white (instead of red) gills, seemed like a good match. I hope to get this confirmed, but would be happy to get corrected. 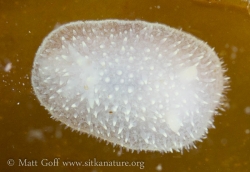 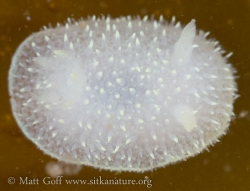 Something else I noticed in my photos (though not at the time) were little spiral shaped things in among the conical shaped somethings. I’m not sure if their occurrence there was coincidental, or if they were actually associated with the nudibranch in a more direct way. I’ve been told they are diatoms, and a little searching on the internet turned up some pretty interesting high magnification photos of other spiral shaped diatoms. 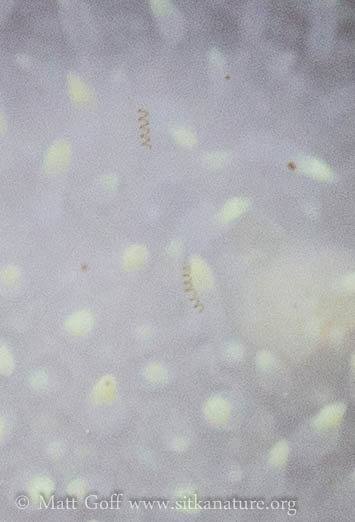