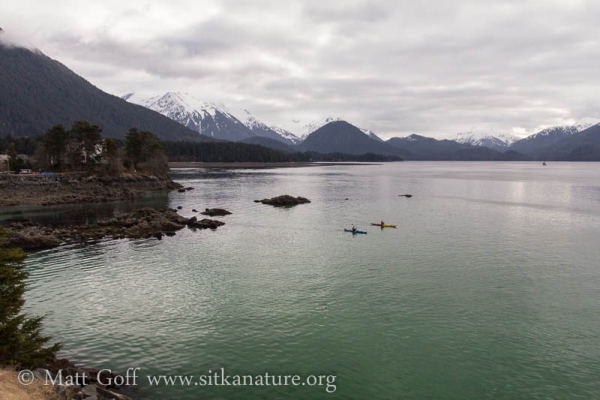 This morning I woke up to overcast skies- the first in probably at least two weeks. The highest part of many mountain peaks were obscured by the clouds. For some reason a couple of different times when I was pausing just to take it all in, I was struck by a feeling I associate with a return home after being down south for a while. I’m not sure what emotional elements are a part of that sense of return, but it was interesting to experience it today. I suspect in part it was due to the recent run of sunny weather we’ve had and the transition back to a more typical weather pattern.

Herring had been spawning near O’Connell bridge, and the waters there were quite green as a result. I think it was primarily a result of spawning yesterday, however. It did not look there was any fresh activity today, at least not any of the times I went by.

I stopped by Marge’s after class today to catch up on bird sightings. It had been 6 weeks – somehow it never seems like quite so long. When I was walking up, there was an odd looking bird in her yard, but of course I had left my binoculars in the car. I was able to grab a picture of it and see that it was a (young?) White-throated Sparrow still lingering.

This evening I noticed a crescent moon dropping to the northwest through scattered clouds. I was able to get a few pictures, but none that captured it quite like I might have preferred (in part because I did not have a tripod). I guess that’s where a more serious photographer would have been planning ahead and been setup in a good spot to capture the image desired. I’ll probably give at least a couple of those photos their own post (though they will also show up in the gallery here when I get them processed and uploaded). 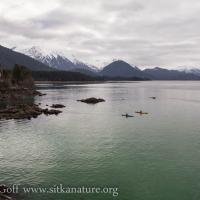 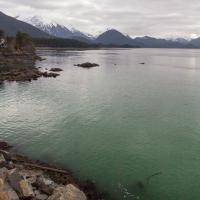 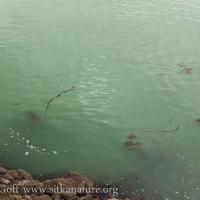 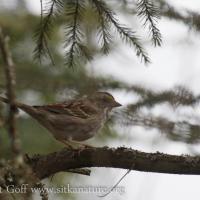 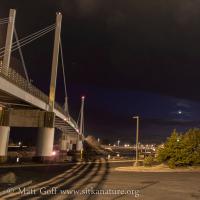 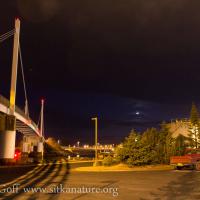 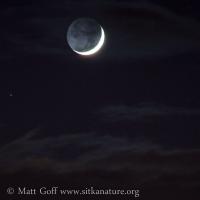 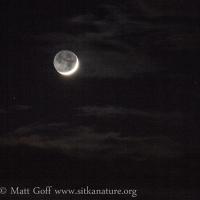 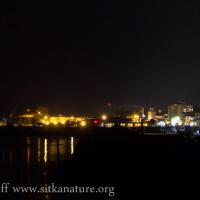