Although the first two openings occurred in sight of the road, I did not make it out towards Starrigavan to watch. Today the third opening took place over a large area including Crescent Bay and Middle Channel. I did not know that when I was headed home this afternoon, but noticed a bunch of planes flying over and decided to see what I could see. There were a handful of boats between the bridge and Totem Park, but the vast majority were out just on the other side of the runway.

This morning we did drive out the road to see what activity we might be able to see from the shore, but we only noticed one (or maybe two) whales near the kelp patch turnout. I was actually a little surprised at how little activity there was, as apparently over the past few days there has been a lot of whale activity very close to shore. We did see a large spruce tree with over a dozen eagles in it, which was kind of fun.

I have heard reports of ravens gathering nesting material this week, and also happened to see one with a beak full of what appeared to be grass alongside the road getting towards the ferry terminal. 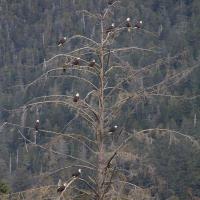 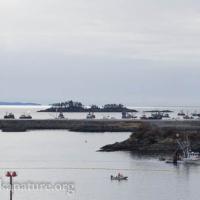 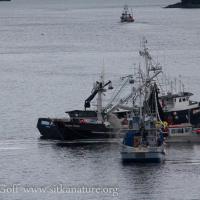 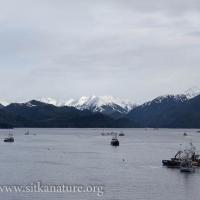 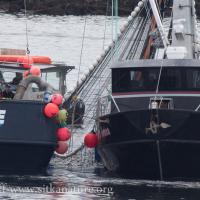