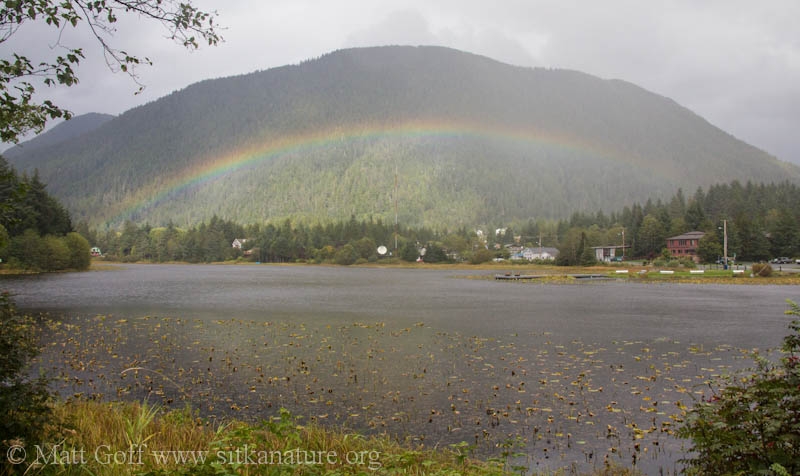 There was some serious wind and rain late last night. Through most of the day there were periods of heavy showers with brief breaks in the clouds allowing the sun to shine through. I didn’t notice any fresh snow on the peaks, though it seems like temperatures might drop enough tonight for there to be some in the morning.

I took a brief look in the channel, but did not have a lot of time. I was hoping to find a storm-petrel, but apparently few (or none) were brought in close by the stormy weather. I walked over to the middle school early this afternoon and took a brief detour by Swan Lake where saw various ducks. I missed the coot which has been present for a few days now (Connor and Rowan did see it this morning, however).