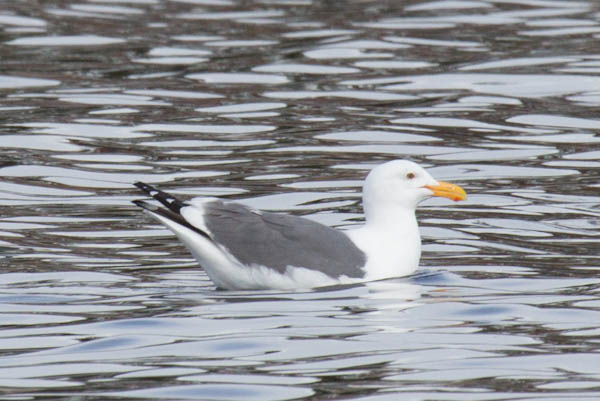 I found this gull in the channel near the Green 11 Marker between UAS and SPC. I saw it on Tuesday but the light was not good enough for me to be sure about how dark its mantle was. I found it again in the same location on Thursday afternoon and was able to get better pictures. It looks pretty good for a Western Gull to me (though I’m hesitant to be too confident with unusual gulls), which would make the third time in the last 5 springs that one has been observed in the channel. This species is considered casual in Alaska. It has been found only a handful times in the Sitka area. It is more commonly found in Ketchikan, though Heinl and Piston report most observations there are of hybrids (with Glaucous-winged Gulls).

Each time I saw this bird, it was near the green 11 Marker in the channel between UAS and SPC. Of course there were over 1000 other gulls around fighting for scraps from SPC’s outflow, so it was not always easy to pick out. If I had to guess, I suspect this bird will stick around in the channel until the herring start spawning (which will probably be in the next few days). 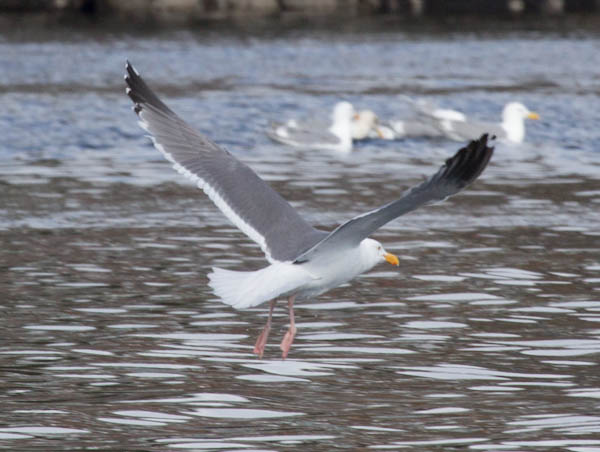 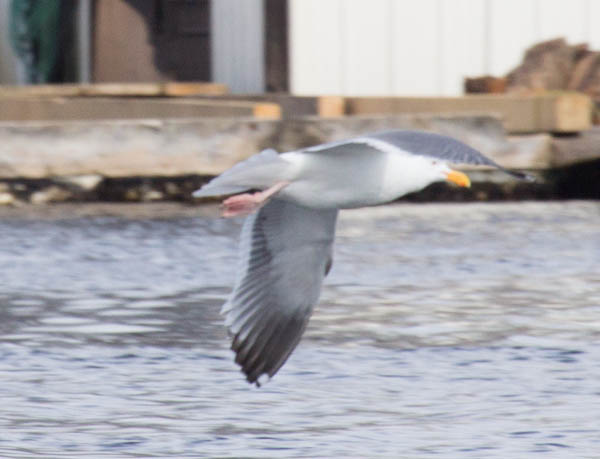 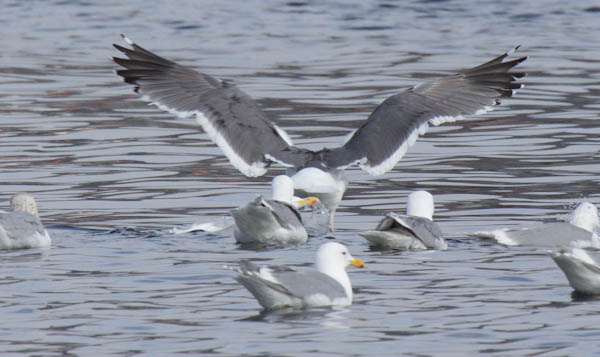