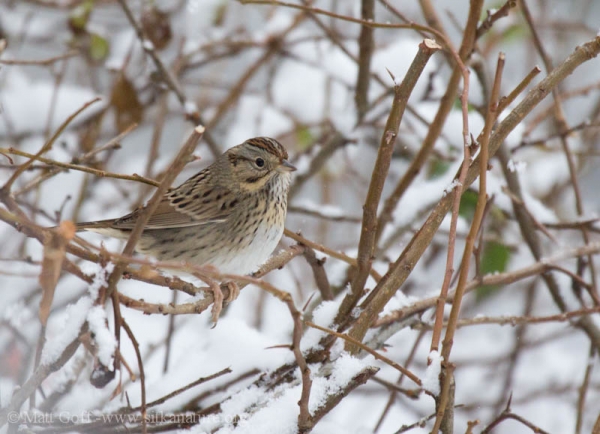 While walking downtown around noon I noticed an odd sparrow in a yard along Etolin Street. A closer look revealed it to be a Lincoln’s Sparrow. Earlier this winter I went to take a look at a Lincoln’s Sparrow hanging around feeders out by SeaMart. At this point I am not aware of any other prior records of this species over wintering in Sitka (though there could be one in Marge and Tedin’s records from the 2000s). So it’s interesting that there may be two in town this winter. 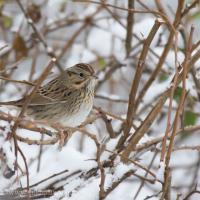 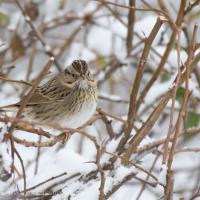 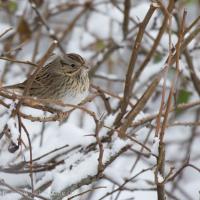 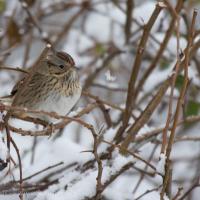