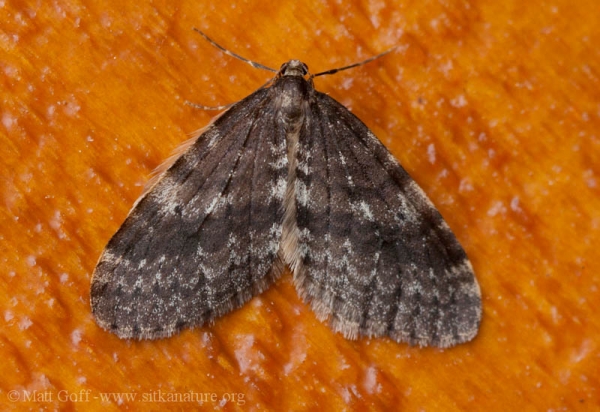 Update: After taxonomic revisions, these are better known as Operophtera occidentalis
Rowan pointed out a moth on the side of a house and then we noticed there were several more. I was able to get these pictures of two different individuals. With help from bugguide.net they have been identified as the Winter Moth (Operophtera bruceata) (aka Bruce Spanworm).

These moths fly in the late fall and early winter, with males searching out flightless females. They spend the rest of the winter as eggs, before hatching in the spring and eating on leaves of deciduous trees (perhaps Alder around here?). They pupuate and emerge in late fall to start the cycle over.

One thing that occurred to me while learning about these moths is given the flightless females, it’s not at all clear how they can colonize islands. Eggs are laid in cracks/crevices, so it’s possible a winter storm could bring down a tree that would drift to an island, but that would assume they could survive exposure to salt water. The more likely scenario seems to me they hitched a ride with humans at some point. I don’t know plausible it is that females might occasionally develop wings and being able to fly, thereby achieving greater dispersal, but that might be another possibility. In any case, it seems possible that this species has been introduced to Sitka in the last couple of hundred years, though I am not sure how/if this could be proven.

Update: I have subsequently been told they can disperse as small caterpillars by letting out silk and catching the wind – similar to how spiders disperse 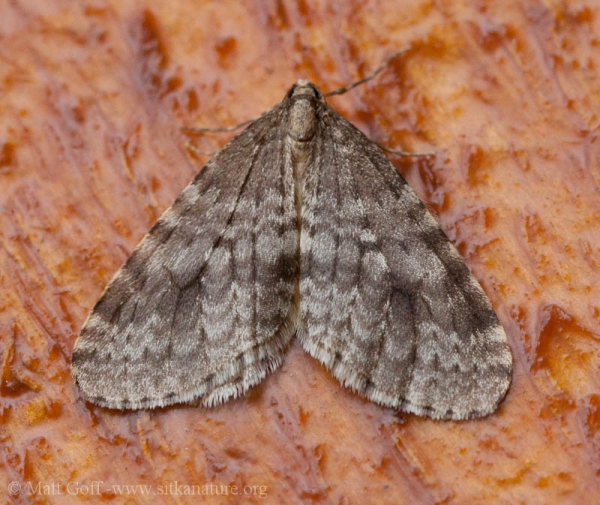