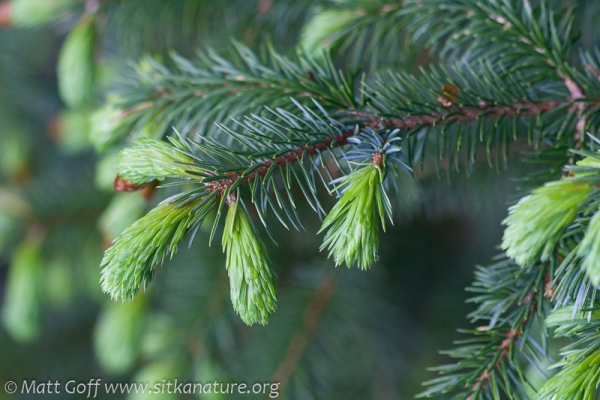 This week’s wild food required a little more preparation than previous weeks. I thought it would be nice to have some spruce tip honey, but knew that it takes long enough to make, that it would not be possible to pick and prepare on Wednesday. Connor and Rowan had a day off from school Monday, so while we were at the beach we picked a quart or so of spruce tips. Later that night I worked on making the honey. As it turned out, I cooked it for too long and ended up with a syrup/honey that was too stiff to be conveniently used. (I couldn’t even spread it with a knife.) The next day I reheated it and mixed in more water, but this time I didn’t evaporate enough of the water off and it was more the consistency of light syrup than honey. 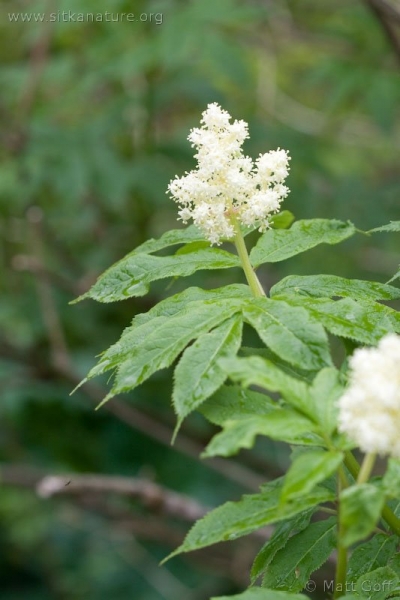 This week the Red Elderberries (Sambucus racemosa) have been blooming, and I had a recipe for elderberry flower fritters from Janice Schofield’s book, Discovering Wild Plants that I wanted to try and it seemed like they might go well with the spruce tip honey, so the kids and I picked some flowers. (Note that many parts of Red Elderberry are poisonous, but the flowers and berries, minus the seeds, are not.) 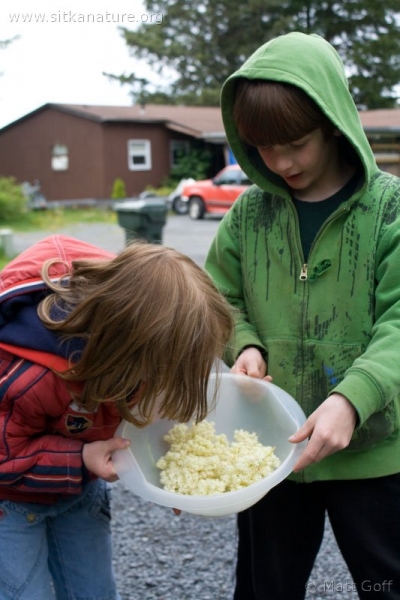 The recipe called for 4 cups of flowers, which were to be dipped in flour. We hadn’t picked quite that much, so I cut back on the batter ingredients slightly. I suspect I did not do it carefully enough and ended up with a batter that was thicker than it should have been. (This would have been easy to fix, had I done this before and realized what I needed.) As it turned out, I ran out of batter before running out of flowers, and the fritters were quite thick, consistently mostly of the bread-like fried batter.

The fritters were generally well-received, especially dipped in the spruce tip honey/syrup. Connor and Rowan said they mostly just like bread. Given the thickness of the fried batter, this is not surprising. I found the faint sour odor of the flowers an interesting part of the smell/taste mix along with the batter and spruce tip honey/syrup. Schofield says the fritters are not unlike fried clams, but that was not my experience. Perhaps with a lighter batter that allowed the flavor of the flowers a bit more room to expand, my impressions would have been different. 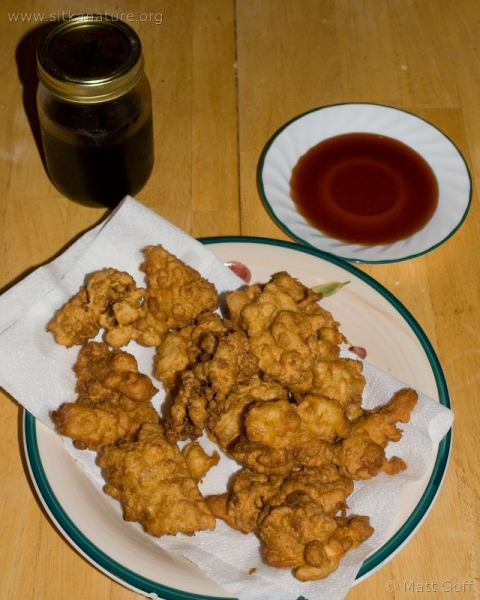