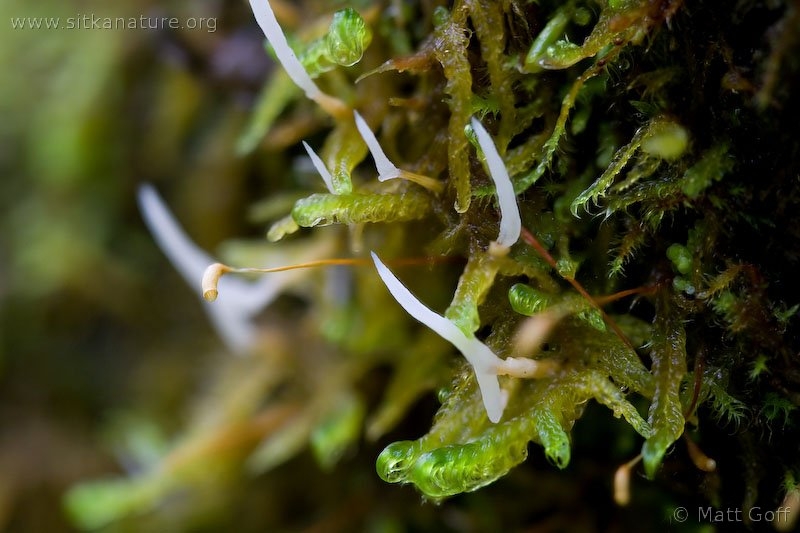 Last summer I noticed these white growths while doing some plant surveying work along Blue Lake Creek. At first glance I thought maybe they were rootlets coming from the trunk of the tree (either Red Alder or Sitka Willow, I can’t remember which). Closer examination revealed that they were actually growing directly from the moss. The only thing I have noticed growing out of a moss like that is sporophytes, but there are also sporophyts present and they seem different enough to make me think that the white growths are not a stage in the development of the sporophytes (though perhaps I’m wrong about this?).

I believe the moss is a species of Hypnum though I am not sure which one. So far, this is the only time I have noticed anything like this, so I am tempted to say it must not be very common. However, experience has taught me that I overlook many things, so I don’t really know how common it might be. In any case, I would appreciate any suggestions as to what might be going on with these growths.

A note on the photo: the image seen here was created from 3 initial images, each focused at a slightly different point. They were then stacked to give a greater depth-of-field using CombineZM.
It didn’t work perfectly, so there is a little bit of a funny look to some parts of the photo.

4 thoughts on “Moss with Strange Growth”