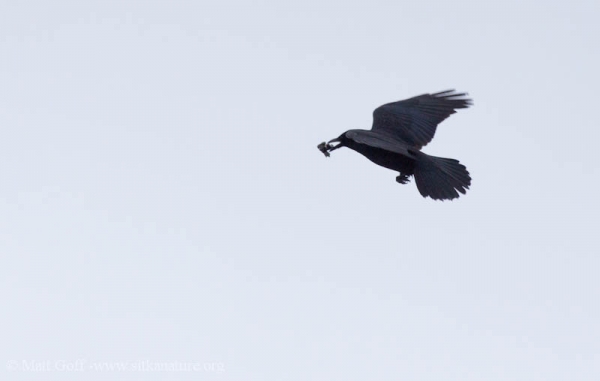 While helping with environmental survey work at Blue Lake a couple of summers ago, this alder branch broke along where we had cut a trail through an avalanche path brush field adjacent to Blue Lake Creek. I am not sure what created the bore hole, but my guess is a beetle of some sort. It … Read more

While down at Lincoln Street Beach the other day with Connor, I happened to notice this caterpillar crawling around on the branch of a shore-side Sitka Alder (Alnus viridis ssp sinuata). Later I found a couple of others, though I was unable to relocate the first one. They blend in to the branch quite well, … Read more