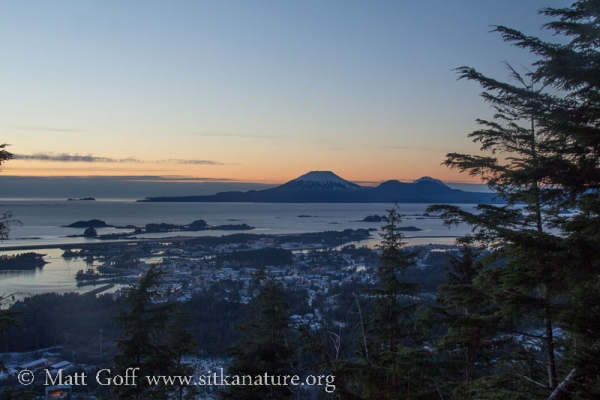 Thinking there might be another colorful sunset and deciding I had recovered enough from recent illness to try and work on conditioning, I was motivated to get up to the first viewpoint along Verstovia trail. As it turned out, after getting started a little later than I intended, I found I was not quite as recovered as I had imagined. It seemed just as well that a bank of clouds out towards the horizon resulted in a pretty, but not especially spectacular sunset.

While Connor walked on ahead, I followed close behind Rowan (who was also recovering from a recent cold) and tried to muster enough motivation for both of us to continue forward up the trail. We could see through the trees that the sun was sinking behind the clouds, so were not surprised to find the sun was out of sight leaving warm tones coloring the lower part of the sky centered in the southwest where the sun had dropped.

Rowan was not thrilled to be going up the hill, though in the photo below she’s doing a pretty good job of impersonating a joyful hiker. Both kids regretted not having brought water. It took Connor about 21 minutes, and Rowan and I an uncomfortable heaving 25. 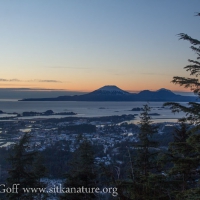 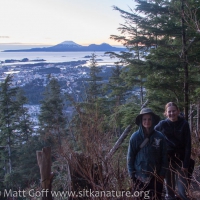 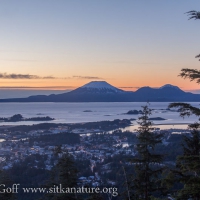