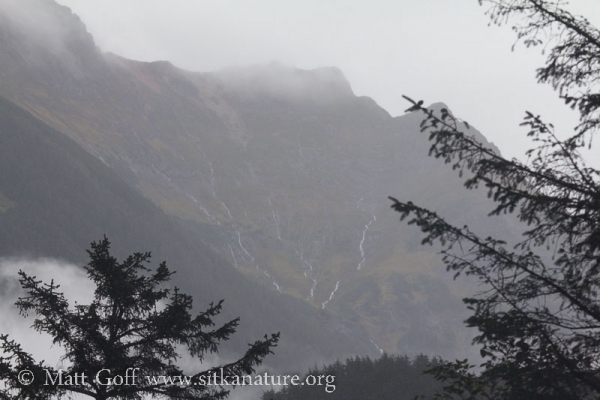 After no success yesterday when I tried to get a photo of the new snow on Bear Mountain (which I had seen reported on Facebook), I made another attempt today. Conditions were more variable, with large squalls moving through bringing heavy rain, but the sun also shown occasionally. Unfortunately, it was difficult to predict when the clouds would move off a mountain, and for the most part I did not guess well. I made a morning trip out to Silver Bay and found Bear Mountain obscured, but saw Clarence Kramer Peak showing a nice bit of new snow. Unfortunately, by the time I made it back to where I could park and walk down the trail to get a picture, the clouds had moved in again. I was interested to see the thin white ribbons of cascades pouring down the upper slopes of Bear Mountain (on the Medvejie side).

This afternoon I walked downtown with Connor and Rowan to do some errands and saw Bear Mountain was clear. I grabbed a shot of it as well as what was showing of the unnamed 4900+ peak behind the Sisters. By the time we were done with our errands, the clouds had moved back over, so I was glad to capture what I did.

I can’t remember seeing termination dust on the peaks quite so early before. My recollection is that I’ve usually noticed the first snow on the mountains around the last week of September, and that is usually still not much lower than 4000 feet. The snow level had risen today – I would guess it was may around 3900 feet or so. The photos I saw yesterday seemed to have snow down closer to 3500 feet, and maybe a little less. Given the strong El Nino, it’s been my impression that we could expect a relatively warm fall and winter, so it was interesting to have snow appear so early. I guess last winter was so anomalously warm that perhaps this ‘warmer than normal’ El Nino year will still be a more typical winter than we had last year. 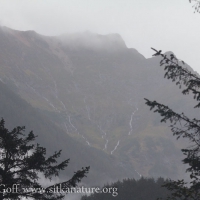 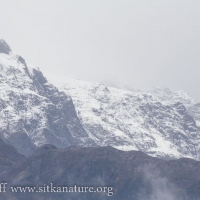 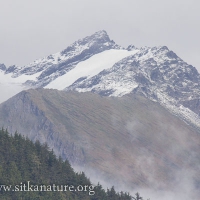