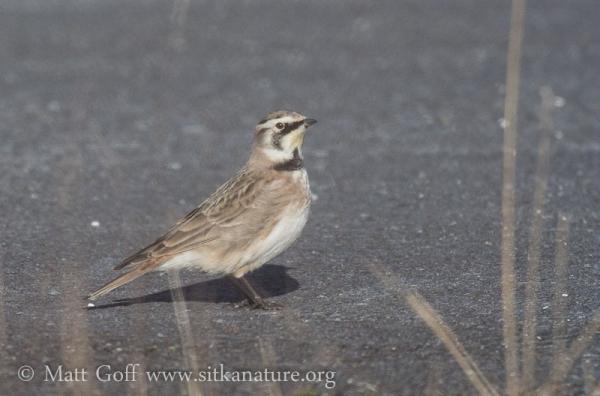 Very clear skies today, cool, but since it was calm, it didn’t feel too bad.

I spent some time this morning sitting at the airport in hopes of seeing the American Pipit and Horned Lark that have been hanging out there for much of the winter. At least it seems likely, there was a Horned Lark reported early in December, but then it apparently wasn’t seen for the better part of a month. It may be the current lark is not the same as the first. In any case, I was able to see both birds, along with the continuing Mountain Bluebird, from the long term parking lot at the airport. They seem to visit the edge of the airfield near there regularly (though I was probably there an hour before I saw them).

While I was there I talked with a couple of people who work there. It sounded like the American Kestrel that had been around was last seen a few days ago. I also heard about caterpillars that were active when it was warm and rainy. Apparently both the bluebird and the kestrel were taking advantage of them. I was interested to hear that there seemed to be two species, one the Galium hawkmoth (Hyles gallii), and he didn’t remember the name of the second (he had taken pictures and sent them in for identification). I was interested in the hawkmoth observation, since we raised some last year, but they pupated before winter, so it’s interesting that at least some apparently didn’t this year. 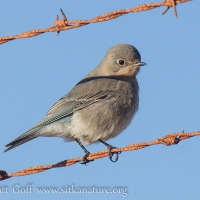 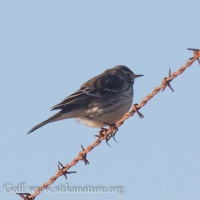 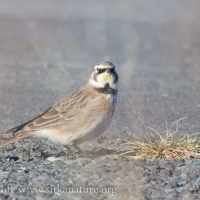 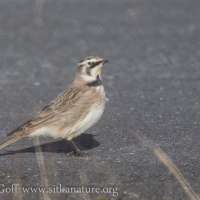