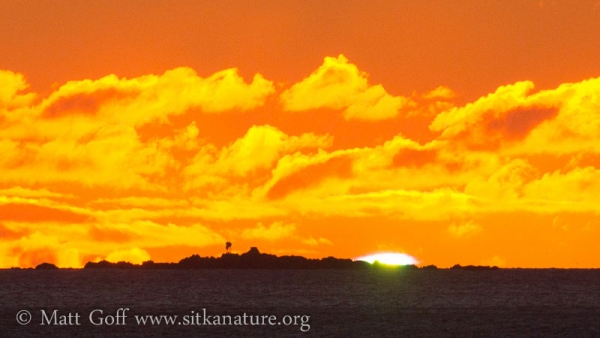 I have been trying for several years to capture the optical phenomenon known as the “green flash.” Although theoretically possible to see during any sunrise or sunset, the terrain around Sitka limits near sea level viewing possibilities from the downtown area to roughly mid October through February. As I’ve tried for so long and never actually captured a green flash, it had kind of receded from my thoughts, this past Monday as I photographed the sunsets. Instead, I was curious to see how far south the location of the sunset had moved in the couple of days since I had previously photographed a sunset. On that prior occasion, there were clouds on the horizon, and I had no expectation of catching a green flash.

It’s always a little challenging to avoid looking at the sun too much when trying to catch the last of the sun’s direct light. It drops fairly quickly, so I don’t want to miss it, but it remains surprisingly bright, even when less than half of it is visible. (I should probably just set up a tripod with a remote timer that takes shots every second or so.) On this occasion I was up on top of O’Connell Bridge, and the sun was going down between the approximately 5 miles distant Vitskari Island. As the sun was starting to disappear completely, I noticed it seemed like the light might be getting green, though it was hard to tell since I still didn’t want to look directly through my camera. I started firing off even more shots hoping to catch any green flash, if that’s what I was seeing.

When I got home and was able to go through the photos, it did appear that the light was turning towards green. The sun was still bright enough to be over-exposed, which washed out a bit of the effect. It was also interesting to see the light moving toward blue and maybe even violet as the sun finally disappeared completely. I was able to crop 4 representative shots to show the change over the last few moments of the sunset. For the best effect, click on “show slideshow”. The photos will change automatically (though only every few seconds), but you can prompt a change by clicking on the photo. 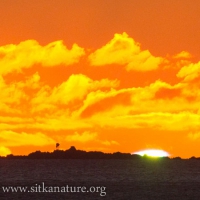 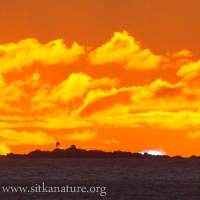 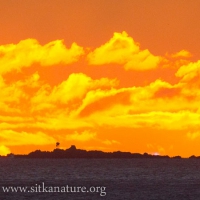