The mixed weather continued today with brief sunny breaks punctuating otherwise mostly cloudy skies with occasional showers. On a walk to the park this morning, sunlight shining down through the clouds made for some dramatic lighting on the hills and mountains on the far side of Eastern Channel.

A Sanderling, presumably the same one Connor saw last week, was hanging out with the Black Turnstones at the lower part of the estuary.

There seem to be quite a few Northern Flickers around this fall. It’s always a little hard to be sure if it’s a lot more than usual for the season (since it’s easy to end up comparing with general impression that include the rest of the year when they aren’t around that much), but it certainly seems like it. 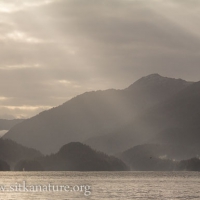 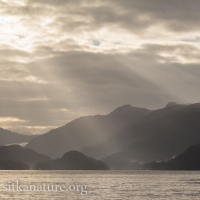 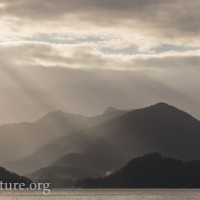 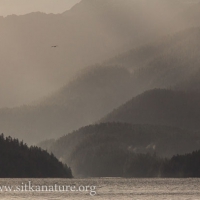 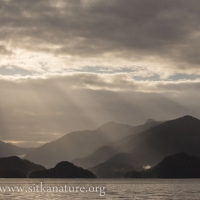 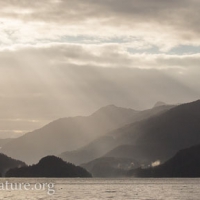