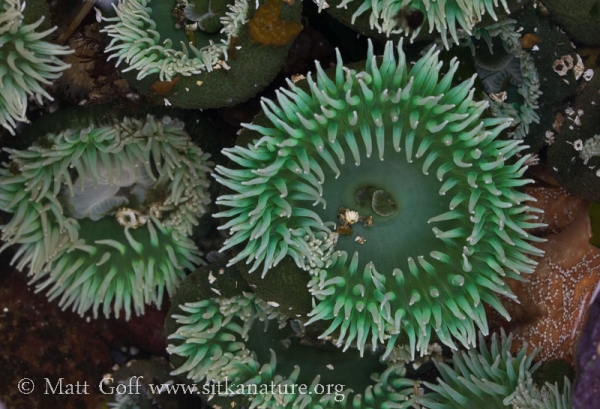 Recently we visited Magic Island (out at Halibut Point Rec) during a low tide and I took advantage of the opportunity to photograph some of the more obvious tidepool denizens which, for whatever reasons, I had not really spent much time with before. Prime among these are the giant green sea anemones (Anthopleura xanthogrammica).

As I understand it, the green color comes about either directly from, or through interaction with, symbiotic algae. I’m a little curious how those algae get in there in the first place, but perhaps further reading will reveal someone has investigated that. Individuals growing in dark areas (such as sea caves) may not be green at all. Another interesting trait of these anemones is their habit of gathering rocks about them during the cold and dark time of year.

They favor outer coast with higher energy, and are pretty common at Magic Island on the outer shore. It’s nice to find them in tidepools where it is possible to see them tentacles without the distorting effect of moving water. 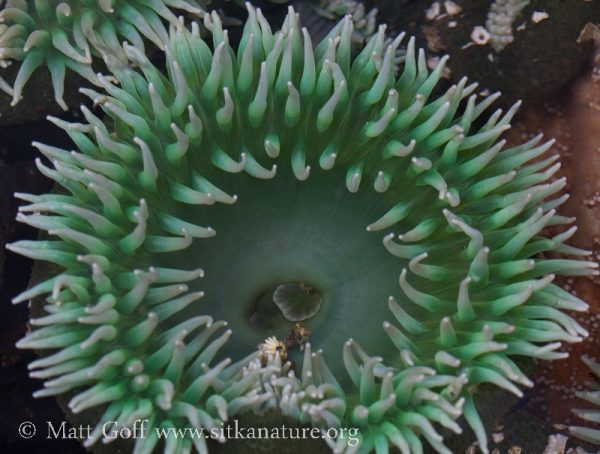