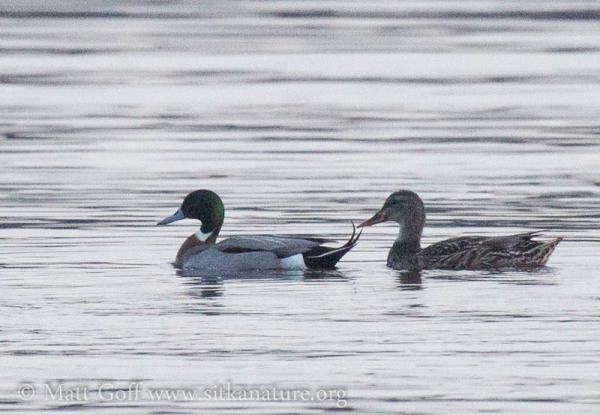 A couple of days ago I got a second hand report of a hybrid Northern Pintail x Mallard down at Totem Park. I did not find it while I was down there then, but while taking a short walk this evening, though I would check again. In the fading light, I was able to spot the bird mixed in with the 100+ dabbling ducks (mostly Mallards, but also several pintails and at least one Gadwall the other day) that have been hanging out on the shoreline in front of the Visitor Center. It’s a striking bird, with the color of a Mallard and more of the sleek lines of a pintail. There had been a report of one in Nakwasina back in December, but I have no way of knowing whether this is the same bird or not. I am hoping it will stick around a little longer, as it would be nice to get better pictures of it.

Update: I was able to get better pictures of the hybrid 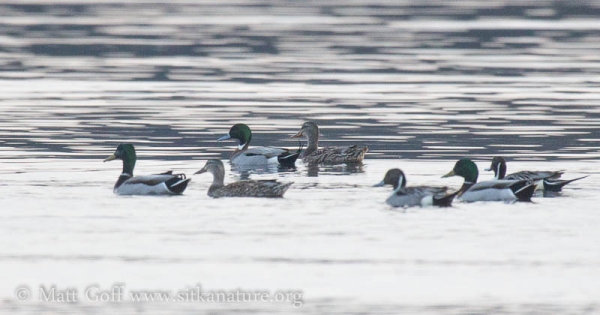