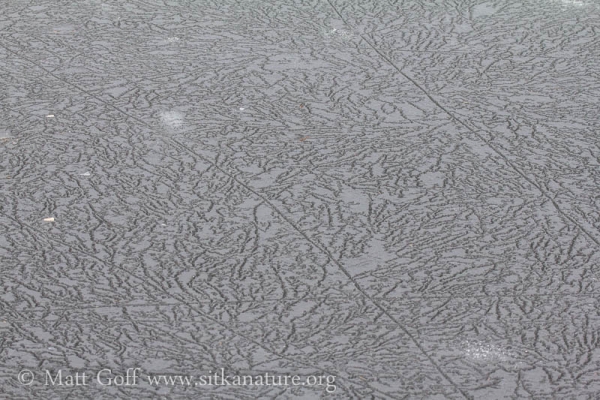 As I walked by Swan Lake while it was still mostly frozen in mid-March, I was struck by the interesting texture. From the Halibut Point Road side of things, I couldn’t really see it too closely, but thought I might have a better look from the pier.

I was able to observe the patterns in the ice a little more closely, but I was not able to figure out why the ice was eroding in the way that it was. It was clear that at least some of the melting was taking place along cracks in the ice, but the entire surface was covered with irregular channels. Even though I do not know how they formed, I thought they were pretty interesting to look at. In fact, I was briefly tempted to walk out on the ice, as it appeared thick enough to hold my weight (which surprised me a bit). I even went so far as to test its strength while I held on to the swim step, and I did not notice any cracking. Even so, I was concerned there could be weak spots, and didn’t want to chance it. 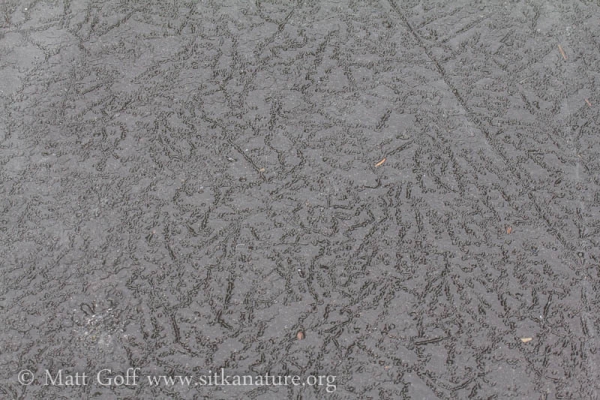 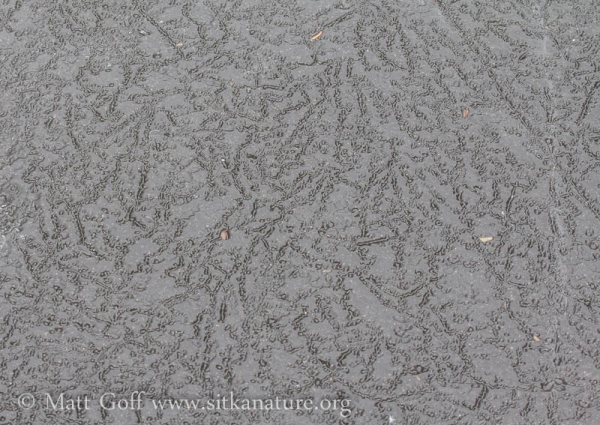 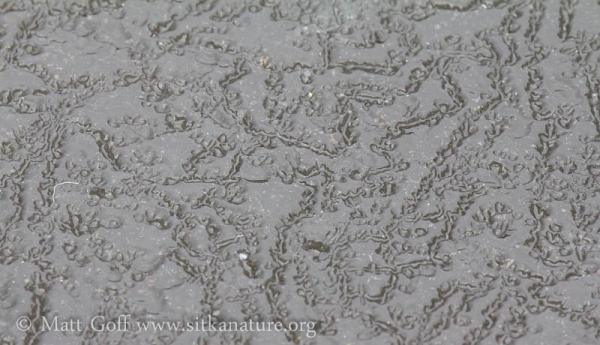