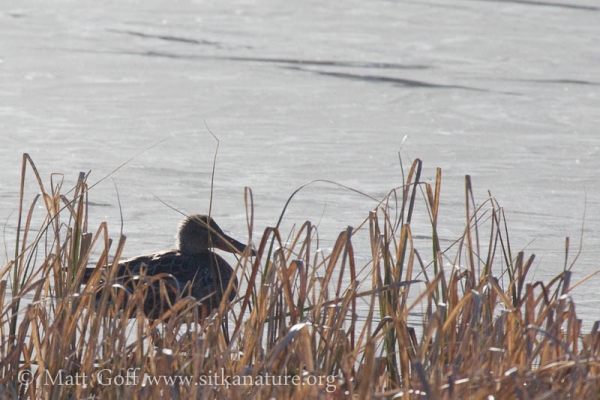 It was a bit of a surprise to see a Northern Shoveler at Swan Lake today. It may be that two or three are in the area each winter, but they are not seen in most years along the road system. Although the lake was entirely frozen (with people skating on it), I imagine this bird was attracted by the Mallards that were still around the peninsula. However, it did seem uncomfortable with attention I was giving it, even though I did not get too close. 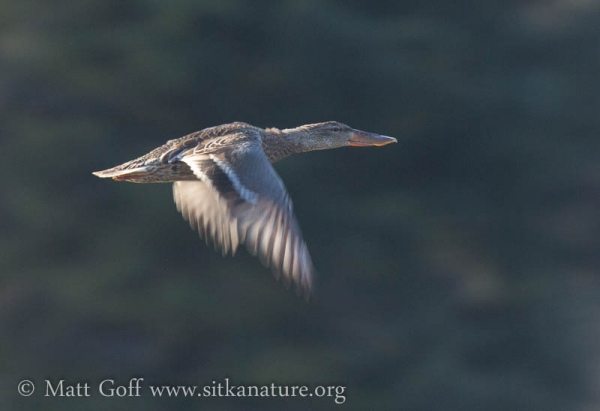 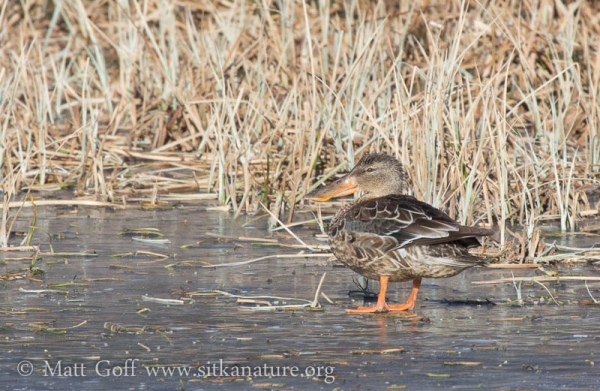