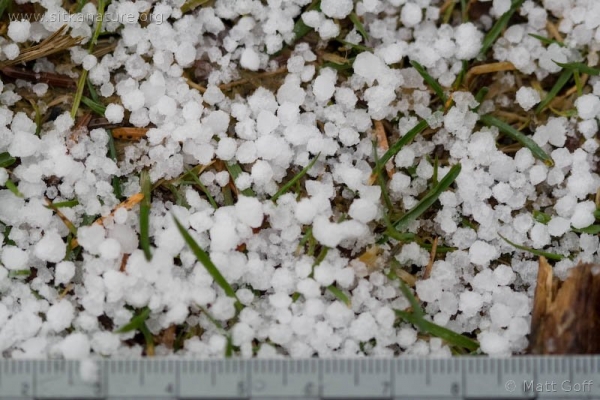 Graupel is a type of snow that forms when snow flakes fall through parts of the atmosphere that have supercooled water droplets. Instead of maintaining the form of flat snow flakes and/or elongated snow crystals, the supercooled water condenses as a rime on the surface that results in a pellet shape. Superficially, graupel looks a bit like hail, and many people call it that, but hail is a solid ball of ice that forms in repeated freezing/thawing cycles as water/ice is subject to updrafts and downdrafts in thunderstorms. With a little extra attention, it’s not hard to identify graupel from its less solid feel and slightly fuzzy appearance. 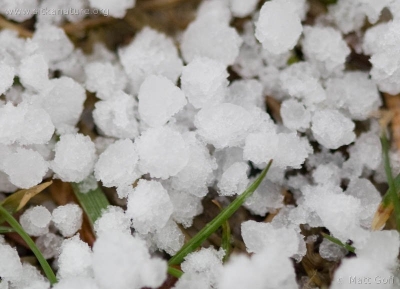 In Sitka, graupel is a fairly common form of precipitation from at least late fall through spring. I remember as a kid noticing that it seemed to fall, sometimes quite heavily, and then shortly after, a more traditional snow would begin. At this point, I’m not sure how strong that relationship is, but it did hold this week. We had a fair amount of graupel Saturday, especially in the afternoon and evening, with snow developing later in the evening and falling through much of the night. Perhaps the conditions that prevail as a front moves through are conducive to graupel formation, with snow falling after the passage of the front.