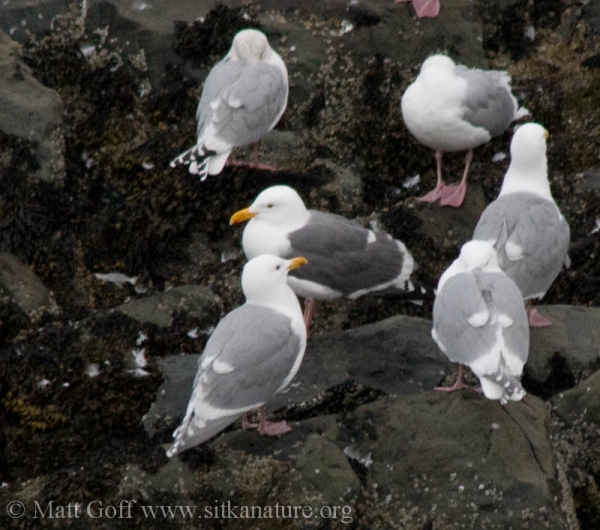 For the second year in a row, an apparently pure (or nearly so) Western Gull showed up in/around the Channel. Unlike the Western Gull I saw last year, this one was not hanging out right on the ramp where it was easy to get reasonably close photos. I happened to notice this one in fading light while checking out gulls on a rock pile below the bridge shortly before sunset. At first I thought it was the Slaty-backed Gull I had seen earlier in the month, but when I looked at the pictures, it was clear that it was not a Slaty-backed Gull. I almost went down to the beach below the bridge to try for better photos, but the flock was startled up by a passing boat an when the Western Gull landed, it was on the opposite side the rocks where I could not see it nearly as well.

Western Gulls are considered Casual in Alaska, and this only the fifth report I know of for the Sitka area.

Thanks to Steve Heinl for confirming this identification. 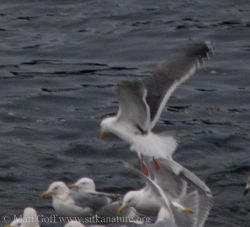 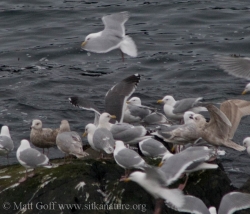