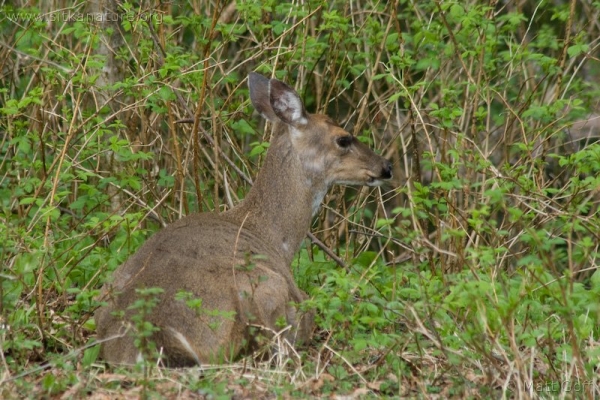 A few evenings ago I noticed a female deer in our back yard. She seemed a bit larger than I might expect, so I wondered if she might be pregnant. It turns out that Sitka Blacktailed Deer typically give birth in late May or early June, so the timing would not suggest that she isn’t. If so, it might be interesting to see if she stays around the neighborhood with a young deer. At least two deer, including one buck, have been frequenting the neighborhood, and I am sort of assuming that it’s consistently been the same individuals. I also wonder if they are the same individuals that we have seen over the past couple of years, mostly in the spring.

It’s interesting that these deer have shown up in recent years. My dad said that in all the years he had a garden up here, he only remembered seeing deer tracks once. I’ve found them many more times than that in the last three years, so that suggests to me that this incursion of deer is relatively recent. I wonder why they have decided the neighborhood isn’t a bad place after apparently avoiding it previously.