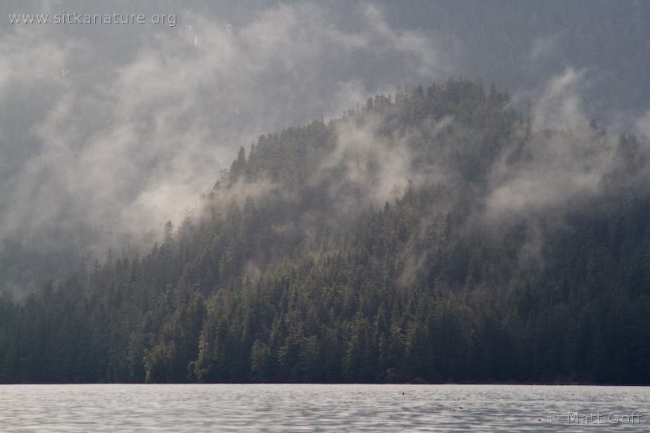 I took a walk to Totem Park this morning.

Weather: It was overcast this morning, but there a few small breaks where the sun peaked through briefly. Starting this afternoon there was a steady rain that continued well into the night.

Birds: My main purpose in walking the beach at the park was to check for migrants. I did not see any shorebirds, but there were 5 American Wigeons, 2 Northern Pintails, and 2 Canadian Geese in the estuary. I also saw 2 pair of Common Goldeneye, many Common Mergansers and Mallards, Bufflehead, Barrow’s Goldeneye, and a male Red-breasted Merganser.

At Swan Lake I saw the Cackling Goose along with Mallards. There were quite a few scaups, but it seemed like fewer than their had been. I also saw a male Ring-necked Duck.

Other Notes: The herring were spawning in the Channel, around the base of bridge and to Alice Island around into Mermaid Cove this afternoon.

I saw my first Salmonberry flowers on Alice Island.