My brother recently returned from a two week trip doing surveys in the South Baranof Wilderness, primarily in Gut Bay and Patterson Bay. He brought back photos of a bird he described as robin-sized, flycatching over a creek. Conditions weren’t optimal, but he was able to get pictures. Though I couldn’t think of any robin-sized flycatchers, when I saw the photo, realized it was probably a Western Kingbird. There seem to be fewer than 5 reports of Western Kingbird for Sitka. Of course the east side of Baranof Island is poorly documented for birds, but chances are good that it’s not common there either. The bird is considered Casual or Accidental in most of Southeast Alaska spring, summer, and fall. 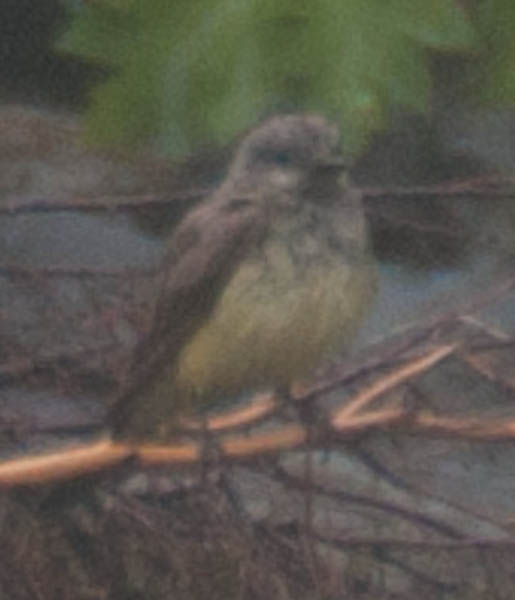 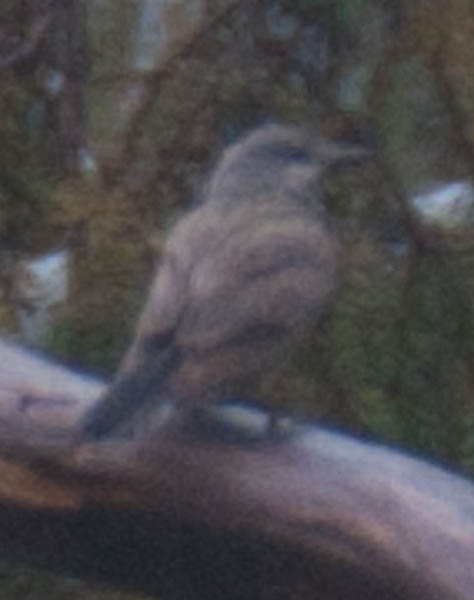