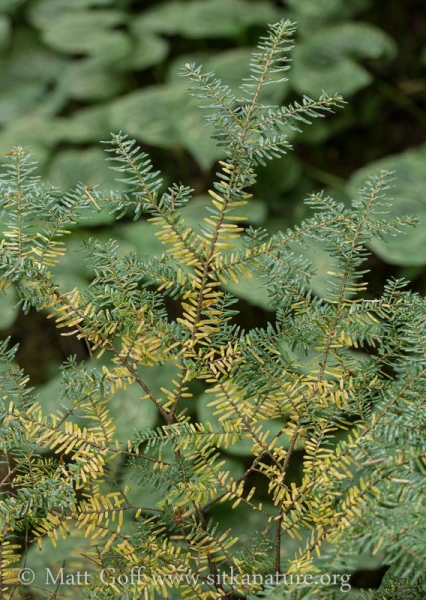 On a late May walk around Totem Park, I noticed several small hemlocks (Tsuga heterophylla) with many yellowed needles. They all seemed to be showing a similar pattern of yellowing, with the needles near the ends of the branches remaining green, while those closer to the main stem were yellowed. It seemed that the ones I noticed were all in the understory, and I wondered if perhaps it was due in part to stress caused by lack of water I’ll try to remember to keep an eye on them as the summer goes on (and we presumably get a bit more water).