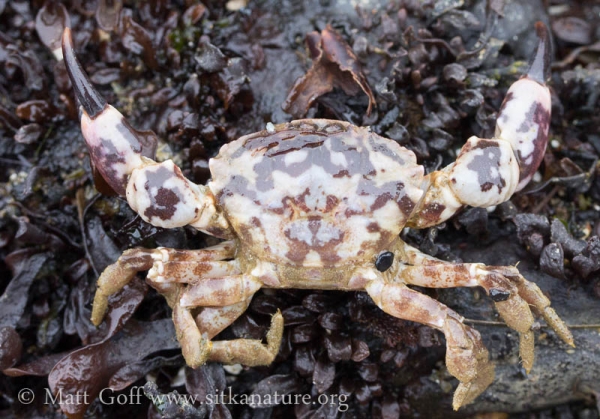 Black-clawed Crab (Lophopanopeus bellus) is a species I’ve seen a couple of times now at John Brown’s Beach. I am uncertain how common it is in general. Rowan found this one during a recent low tide, and since I didn’t recognize it off the top of my head, I decided to take some pictures. 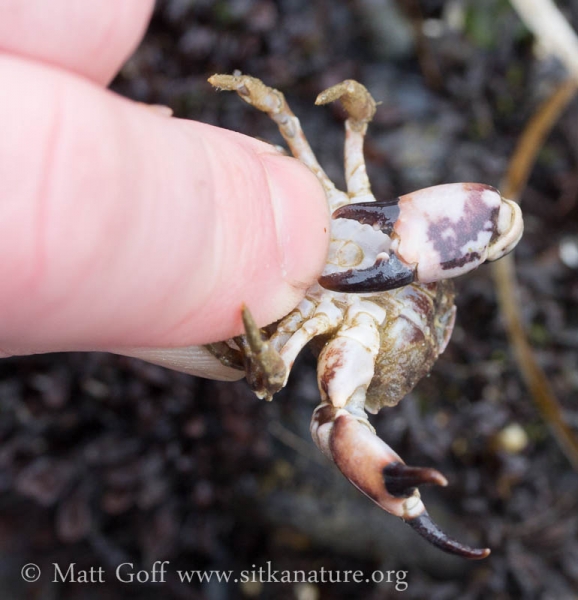 Although this species has been said not to pinch, I discovered this is not strictly the case. It does tend to stretch out its claws and stiffen up when handled, but it will sometimes reach under and try to grasp whatever might be there, as seen in the photo above where it has its claw against my fingernail. Unfortunately, the first time I realized it would do this was when it got my finger and grabbed on. I was a little surprised at how tightly it held on, I finally had to pry a little bit on the pincer with other hand and kind of pull. It actually ended up drawing a little blood and left me with a sore fingertip for a day or so. 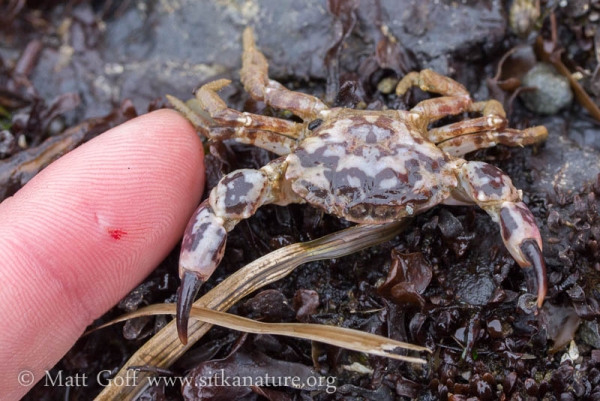