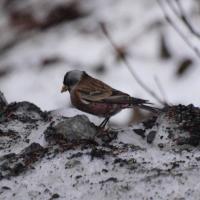 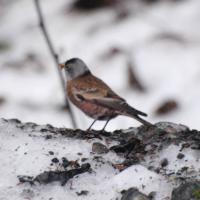 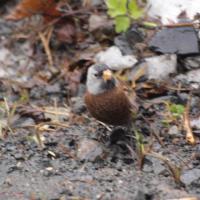 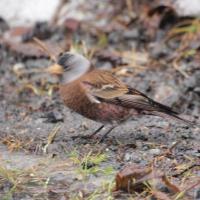 The most unusual bird of this winter’s Christmas Bird Count in Sitka was a Gray-crowned Rosy-Finch found by Jen Cedarleaf and Victoria Vosburg along the road to Herring Cove. Jen was able to get some photos of the bird and shared them with me so I could post them.

This species is probably not too unusual at higher elevations during the summer and earlier fall – I’ve seen them most times I have been up Bear Mountain in the fall, for example. However, unless they’re somehow making it at high elevations, they do not seem to winter much around Sitka. There have been at least a couple of prior reports from winter, but not many.

Thanks to Jen for sharing her photos!