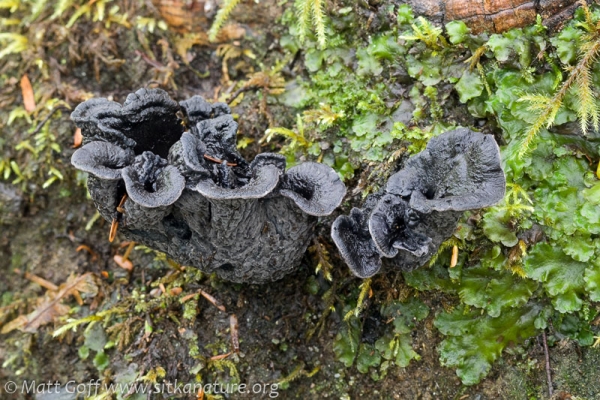 I followed up on a report of a blue chanterelle (Polyozellus multiplex) along Indian River trail – a species that’s only occasionally seen around here and that I had never seen before. It was growing at the base of a spruce almost right on the trail. Fortunately it was still intact for me to take photos of the distinctive fungus. 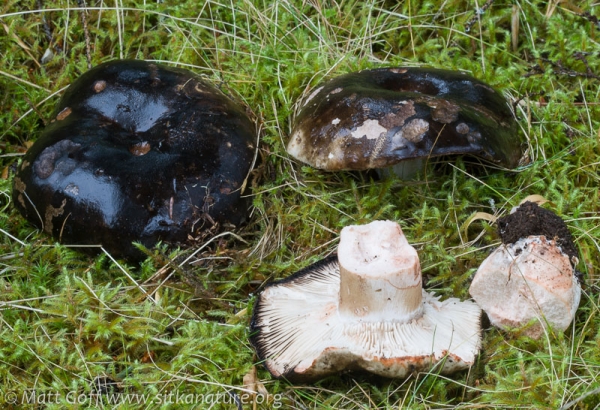 I photographed another distinctive (but much more common) mushroom closer to home later in the day. The Blushing Russula (Russula nigricans) gets its common name from the flesh that slowly turns red when bruised or broken. I’m assuming the scientific name is due to the mushroom cap being quite dark with the bruises also turning black in the long run. 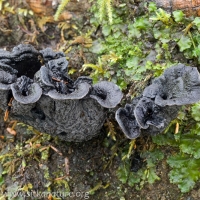 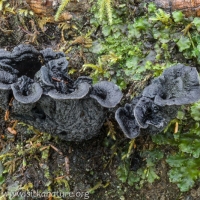 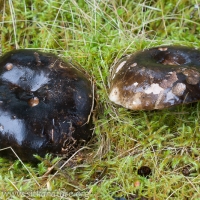 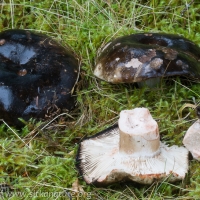 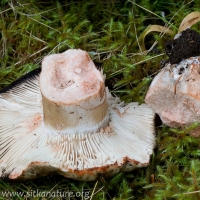 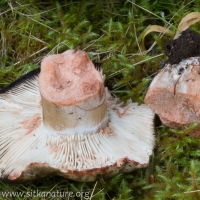