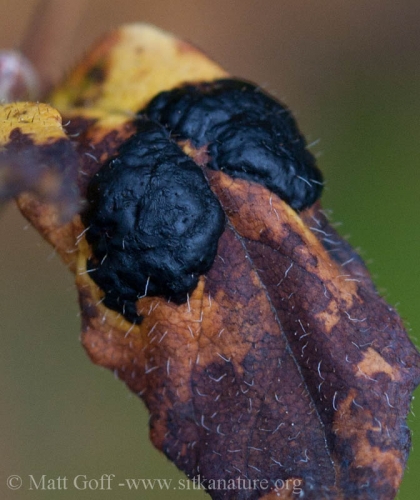 Tar Spot fungi (Rhytisma spp) would seem relatively easy to identify to genus – the black spots forming on leaves seem fairly distinctive – but I suspect it would be difficult to identify them to species apart from their occurrence on specific host species. The Pacific Northwest Fungi Database includes entries for many species of fungi and their hosts. The only tar spot fungi associated with False Azalea (Menziesia ferruginea) is Rhytisma arbuti, so it seems like a reasonable bet for this fungus.

At least one other Rhytisma species is likely to occur in this area. There is one that grows on willows which I believe I have seen but not photographed. Another species that favors Vaccinium species is another likely candidate. 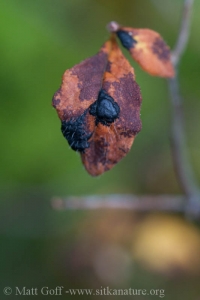 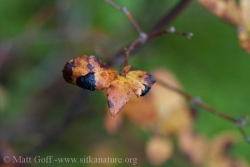 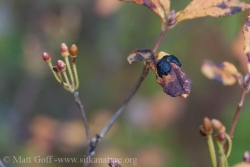