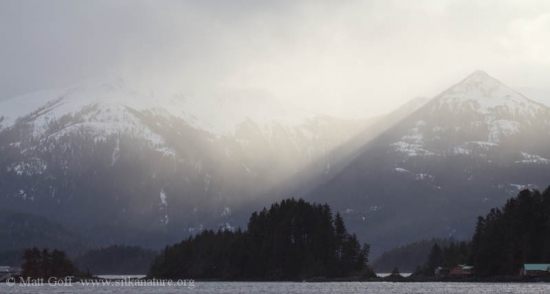 Walked down to Totem Park with the kids again today. It was pretty rainy for much of the time we were there, though the rain stopped and skies lightened a bit before we left. 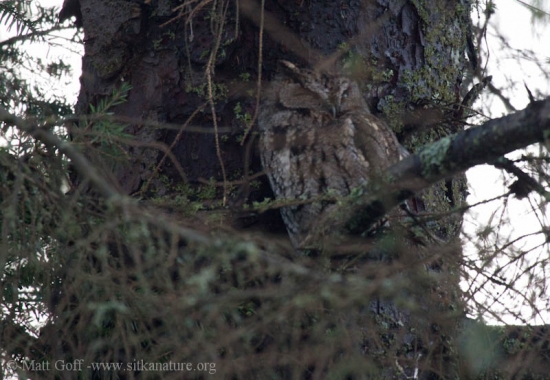 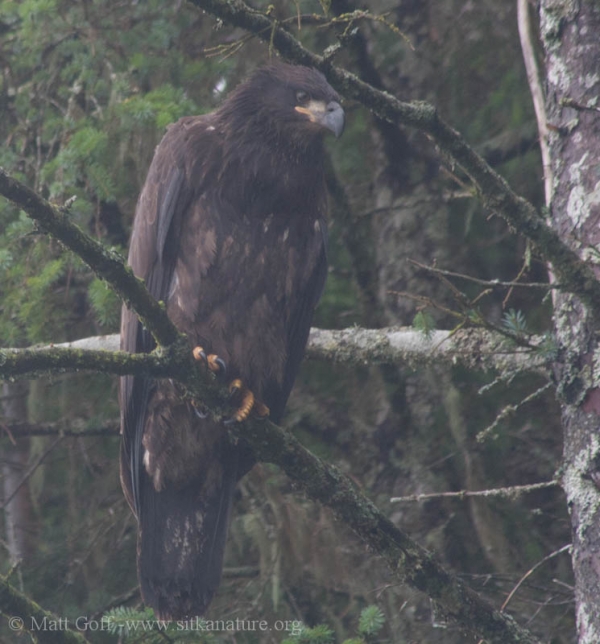 Marge Ward told me she saw a Golden Eagle at the park this morning, so I braved the rain to see if it was still around. I just found a young juvenile Bald Eagle. There were Pholiota mushrooms in abundance on a fallen alder where I had seen them a couple of years ago (prior to it falling).

Time of sit: 7:45-8:05pm Spent another evening just post sunset. Birds were a bit more vocal this evening. I could easily hear many gulls south of me on the beach near Totem Park. They were more vocal than yesterday and I wondered if perhaps some herring were getting stranded on the outgoing tide. A robin … Read more 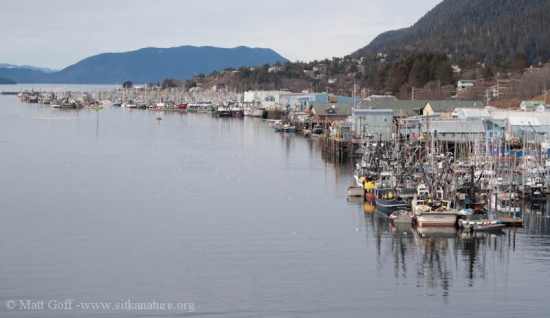 During the school year I usually walk to UAS twice a week in the afternoon. It’s interesting to observe the changes, especially as the season turns to spring. The Channel boat harbors have boats in town for the Herring Sac Roe fishery tied up two and three deep to the transient floats. Long-line season starts a week or two prior, and the gulls are feasting on the effluent from the fish processing plants. Bald Eagles line the shoreline keeping an eye out for opportunities to eat, but it seems they are especially watching for the first herring spawning when the fish will be abundant close to the surface and relatively easy to feast on.

A trip in mid-November interrupted my recording habit, and it took a while to get back into it. Things seem to be pretty quiet most nights, and I decided to collapse a few of the highlights from the few nights in November I recorded but did not yet post. A Chestnut-backed Chickadee and Red-breasted Nuthatch … Read more