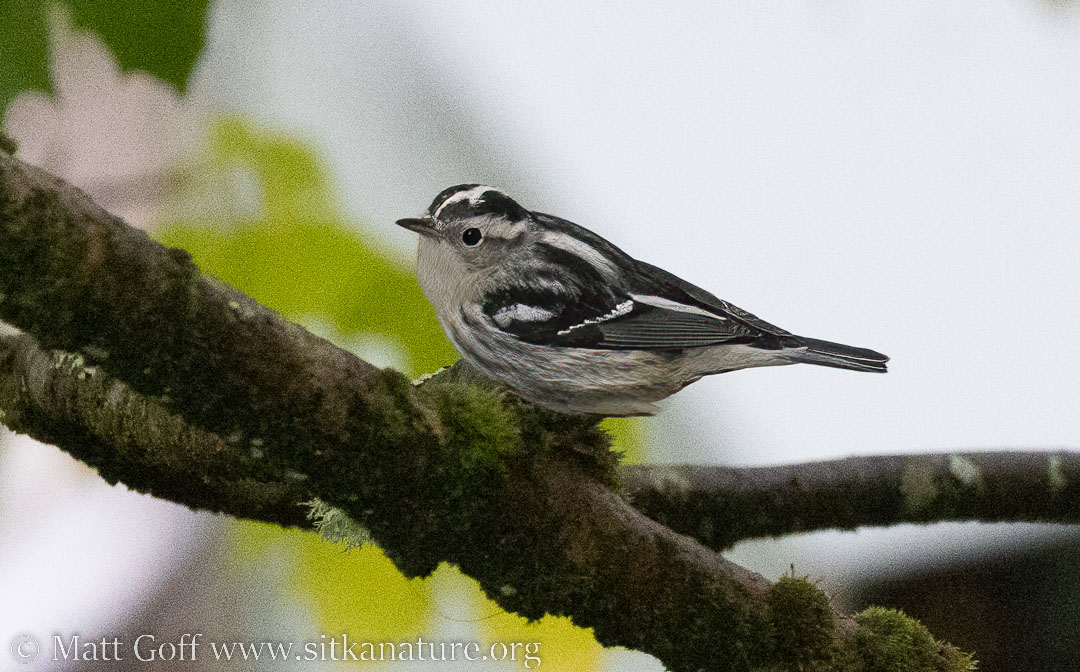 Heavy clouds and showery rain through much of the day with minor breaks in precipitation from time to time. Winds much diminished from earlier in the week.

Temperatures cooler, with overnight low in the 40s and today’s high in the low 50s.

I was up early (for me) to drop my car off for servicing. It started raining on my walk home, so I didn’t dally.

I suspect the warm early October influenced this alders leaves to begin growing before winter as started. It seems likely they'll get frozen back during freezing weather.


I did notice alders that appear to have buds already breaking. Presumably due to this unusually warm October. Hopefully that doesn’t cause them too much trouble in the coming months.

I don't usually see Mourning Doves perched in trees. This one had been feeding on the ground before retreating to its perch when a dog walker approached.


Late this morning DK messaged me about a Mourning Dove at Moller Track. It had been flushed by a dog walker and was perched in a tree when I arrived. After a few minutes it flew back down to the track and began feeding. I decided to move on rather than try for more photos.

I intended to go back home, but thought I might check the channel first.

I had driven down Katlian Street, and coming around the city office building, I noticed a songbird fly across the street. This prompted me to park and make a check of Castle Hill.

I saw birds moving in the trees at the base of the hill shortly after I parked. Unfortunately, when I left to look for the dove, I forgot my binoculars.

Very careful inspection may reveal some black and white behind the leaves. My first look at the bird wasn't much better, but it was enough for me to know it was not a normal bid for here.


I used my camera and despite difficulty getting focus on the birds mostly hidden behind leaves, I saw enough to realize one of them was an unusual warbler. I saw black and white stripes. They looked different than I remembered from the Black-throated Gray warbler a few years ago, but I of species I’ve seen before, it was closest.

The bird flew up and over to a different part of the hill. Rather than try and refind it right away, I made a quick trip home to grab my binoculars.


By the time I go back DK had arrived. We stood at the top of the hill and were able to see it a few times. I was able to get a few photos, and texted one to some folks to see what they thought. Connor responded right away that it was a Black-and-white Warbler. Others agreed.


Black-and-white Warbler is one of the species that David and I were considering, but it’s only been reported in the state 11 times before, and never in Sitka, so it was nice to get quick confirmation.

I sent a text message to a bunch of local folks who are inclined to chase unusual local birds. Several were able to come by. I don’t think they all ended up seeing the bird, but I know some did.

By 2pm (I had first seen the birds shortly after noon) I was starting to feel cold and wanting to eat, so I headed home.

Not long after I saw my car was ready to pick up, so I walked back out to retrieve it.

Before returning home for a call, I made one last stop at Castle Hill. I was able to see the warbler again, but didn’t get any pictures of it this time.

The forecast for later in the week calls for highs in the upper 40s. If this holds up, the current streak of days reaching 50F will end. It’s currently at 163 days, after starting on May 11th.

I was a little surprised to see a handful of years where the high wasn’t below 50 until the last few days of October. I don’t think any of them had temperatures quite as warm as many have been this October.

This month’s average high is still over 60F, but it will likely drop below that over the next 10 days. It will need to drop over three degrees to fall into second place.