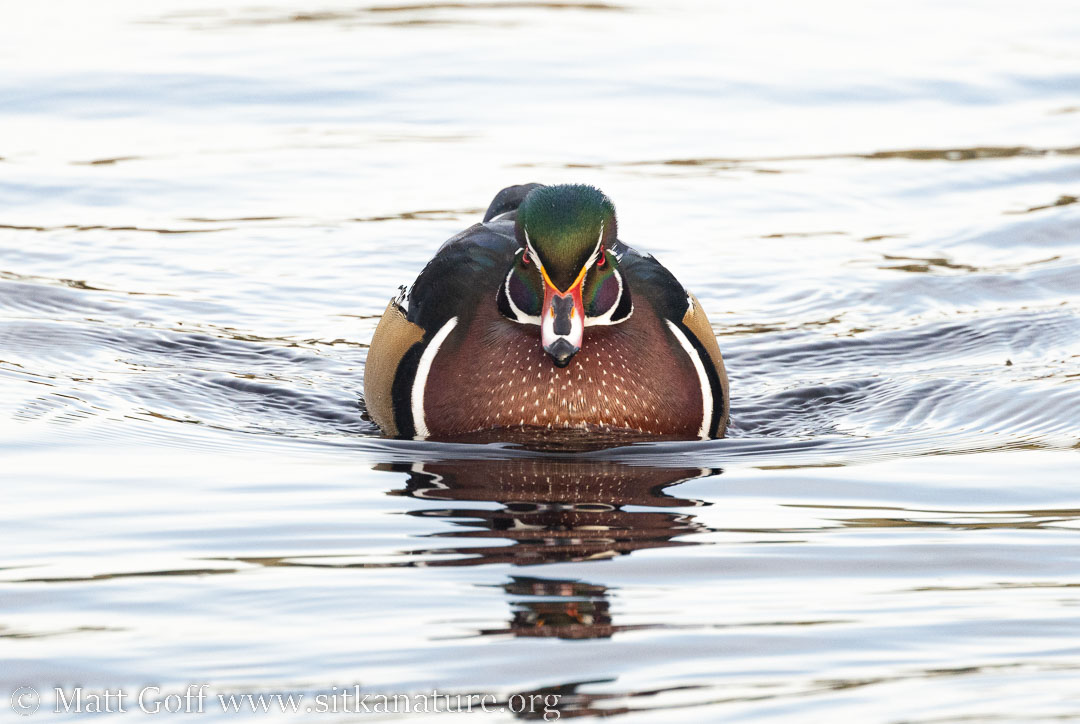 Clear and cool overnight, becoming overcast by midmorning. Rain started this afternoon and became heavy later in the evening.

Last night when I stepped out, I noticed it was distinctly cooler relative to recent days. When I looked towards the sky, I could see stars.


Although it remained clear overnight, and temperatures were in the low 40s when I got up this morning, I didn’t see any frost.

Yesterday evening I saw a report of a Short-eared Owl at the airport, and used that as motivation to get up earlier than usual.

The sky was light, but the sun not yet up (or at least not high enough to crest the mountains) when I started out.

I drove over to the airport to sit and watch for a bit. After half an hour or so, the sun was starting to come up over he mountains and I called it good.


My next stop was Swan Lake. A thin layer of fog lay across much of the lake.

Walking out on the pier, I noticed it was slippery. I think some ice had formed overnight, but that was the only place I saw anything like that. I’m guessing the plastic didn’t hold much heat, and with an air gap between the pier and the water, there was not enough thermal energy stored to keep the water from freezing as heat radiated out to space overnight.


The male Wood Duck was fairly cooperative while I was here. I hoped to wait long enough for the sun to come around for better lighting. However, a thin layer of clouds had already developed across much of the sky.

Even so, the light wasn’t bad, and I got some photos of the duck that I think really show off its plumage.

I had calls starting at 8am, and was already on the first when I got to Swan Lake.

I drove out to the kelp patch turnaround (where I saw juncos and a Song Sparrow feeding) and then to Sea Mart to watch the water. I didn’t see much out there during my time, but there was a Common Murre (I wonder if the same one I saw near shore a few days ago).

My last stop before finishing up the calls and grabbing some lunch at the Back Door was Castle Hill. I watched from my car parked in the city building parking lot, but didn’t see any birds in the trees.


With food in hand, I went out to Silver Bay. I did see a few birds far out on the bay, but nothing too close.

By this time it was shortly afternoon and completely overcast.

Other than a brief trip over to the airport shortly before sunset, I spent the rest of the day at home. I went to see if a Short-eared Owl might show, but none did. The rain wasn’t heavy while I was out, but it was steady.