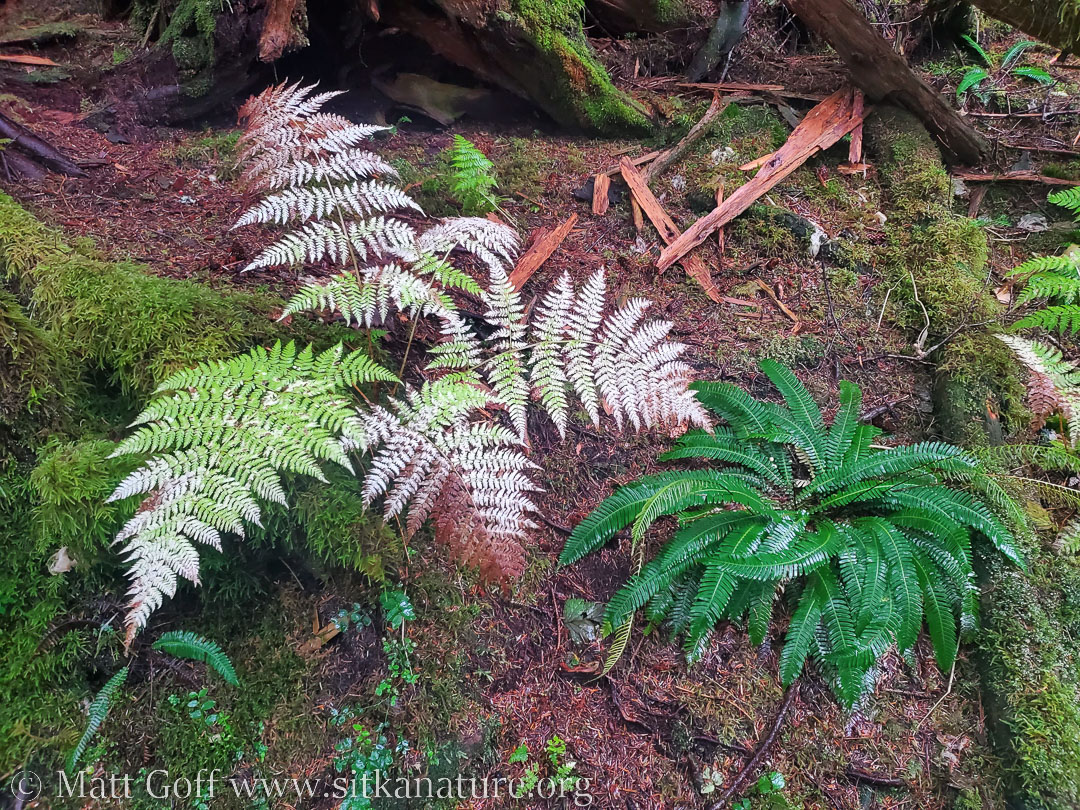 Heavy overcast with periods of rain, heavy at times. Temperatures into the upper 50s and breezy (at least while I was out).

I went out this morning to take care of the Gavan hill ibuttons.

Before heading to the Pherson Street trailhead, I made a stop by the channel to check the gulls.

A couple of gulls and a crow had what I think was was piece of styrofoam. As best I could tell, a gull grabbed it from the crow, and there was a bit of back and forth with another gull. Presumably they thought it was food, but gave up on it pretty quickly.

When the crow got it back it flew up with it like they do when dropping shells. It never dropped it that I saw. I tried to get pictures of it in the air, but it was moving too fast (with me too close) and the light wasn’t bright enough for optimal focusing speed.

With heavy rain in the forecast, I hoped to get the ibuttons taken care of relatively fast.

Just as I started on the trail, a moderate shower started. I stopped to pack my camera in my backpack and tuck my binoculars away inside my jacket.

The rain didn’t seem to carry on too much. I think that was a combination of the shower easing up and getting into the forest with more closed canopy.

Fern-leaf Goldthread (Coptis aspleniifolia) leaves typically remain green all winter before dying back in the spring when the flowers come up.


It was a nice walk up the hill. Despite my relatively brisk pace, I didn’t get as winded as I have at other times. I hope to maintain and ideally improve my conditioning, but winter has traditionally seen my do the opposite.

The news reported the Coast Guard recovered the body of a hunter from Fairbanks. He had been reported missing after becoming separated from the rest of his party and not returning to base camp while hunting goats near Lake Diana. It was not anyone I knew, but I heard from a friend that he was the husband of someone I had briefly met before. Perhaps as a result of me getting older and/or being aware of Connor’s adventures out in the mountains I think I find myself taking more seriously the possibility of not making it back from a hike. Perhaps it’s that, or maybe because I had some indirect connection to this person. Whatever the reason, I felt the news landing on me with a little more weight than I have with previous similar reports.