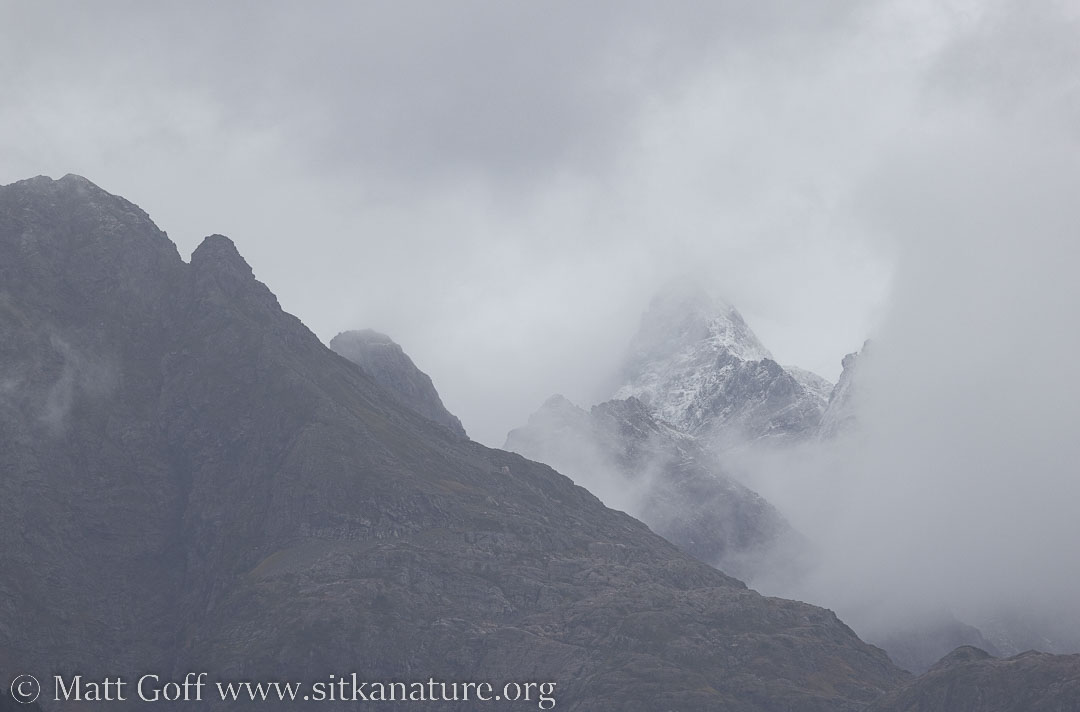 Heavy clouds with rain through the first part of the day. The sun came out later in the afternoon.

Yesterday’s high of 61F tied the record last reached in 2015 (though I didn’t note it at the time).

I think today was not quite as warm, but temperatures remained in the 50s.


At first I didn’t find any moths this morning when I checked the porch. Before I went back in, I noticed a freshly spider-killed one (with spider still attending – which is how I knew it was fresh). It was a Lithophane thaxteri, only the second one I’ve seen.

I got a message from KJ about the Heermann’s Gull at Starrigavan. When I headed out a bit later, that was my intended destination.


On the way I made a brief stop at Swan Lake and saw the pair of Wood Ducks near the peninsula. Apparently there was an immature bird with them yesterday, but I didn’t notice it on my brief stop.

Starrigavan Creek was on the high side and the tide was already flooding the estuary above the road when I arrived.


With heavy clouds and rain, the lighting was not the best. However, I did get my closest look so far at the Heermann’s Gull from along Nelson Logging road. It was preening and splashing as it drifted down on the current.
I had only been watching it a couple of minutes when it took off flying towards salt water. I didn’t see it in the flocks of gulls I briefly checked before heading back towards town.


I checked the water from a couple of places along the road. I saw my first Horned Grebe of the fall at Sea Mart.

I went for a walk along old airport road, catching a mostly quiet break in the rain.

The leaves seem to be getting more serious about falling off the alders.

Heavy rain started as I was getting back.

At the Beak I saw so I could see Castle Hill. I may have seen a couple of warblers, but did not get a good enough look.

A break in the clouds this afternoon allowed the sun to shine through.


I stopped by Castle Hill again and saw a couple of warblers fly by, but never had a good look to ID.

At ultimate there were just four of us, but it was a pleasant evening. It started a little breezy, but died down as the evening went on. Some dramatic skies for sunset accompanied sunset.