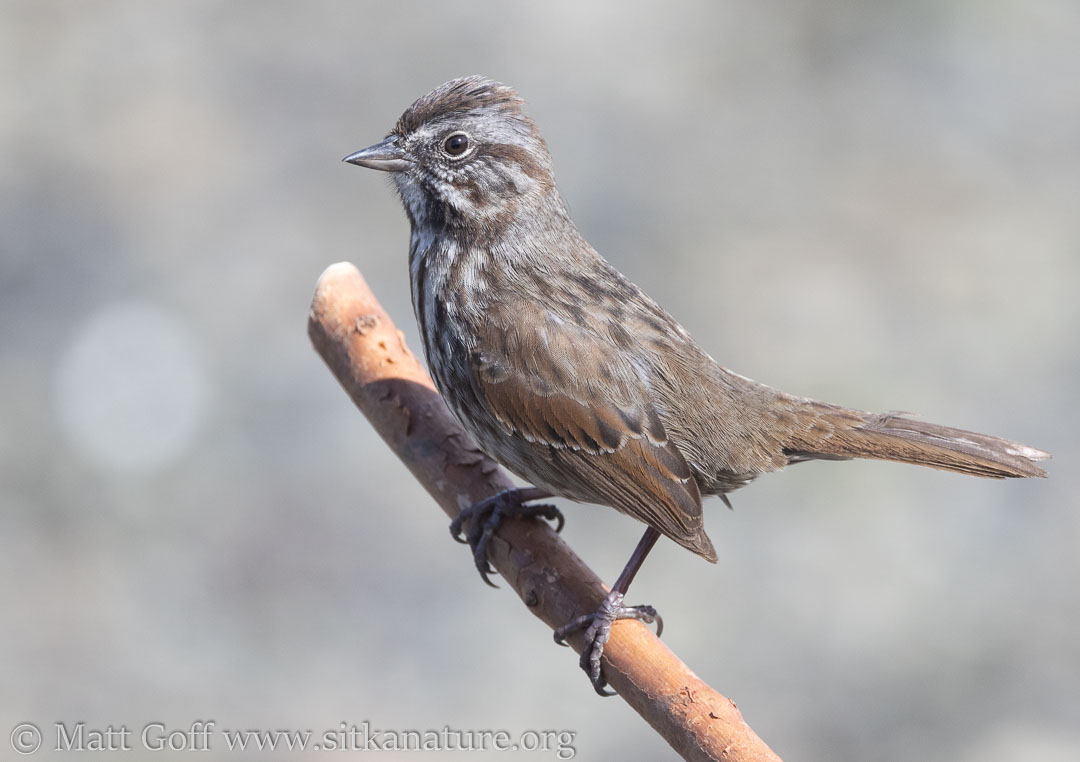 One of the openings along the totem loop at the park offers nice views of Crescent Bay and Mt. Edgecumbe

Sunny and calm this morning, light to moderate breeze this afternoon.

Overnight lows were down to 36F.

Connor had the day off got an early start birding.

He texted me about a Short-billed Dowitcher and a Semipalmated Plover at the park. I went to look, didn’t find either of them. While there, he told me about American Pipits and a Least Sandpiper, but I didn’t see those either.

Part of a large flock of Canada Geese


Shortly after I arrived at the park, I heard a flock geese flying over. I managed to catch sight of the hundreds of Canada Geese in a broad ‘v’.

The Turnaround was quiet again.


At the golf course I enjoyed the pleasant warmth of the sun. I spent part of my time there walking barefoot on the grass.

I heard an Orange-crowned Warbler (first of season). At least 25 robins plus a couple of Varied Thrushes were out on the grass at various points.

From there I headed to Starrigavan.


Before I made it far, I Merlin flew across the street in front of me and landed in a tree. I pulled over to get a better look. It appeared to be another taiga form Merlin to me.

I sat in the bird viewing shelter at Starrigavan for a bit. Two shorebirds flew in to the estuary pool. I thought they were Western Sandpipers.

Reviewing photos one was definitely a Least. I’m not as sure about the other. In hindsight wish I had tried for closer looks.

I suspect these are bear tracks across the snow


Scanning the distant ridge at the end of the valley, I noticed tracks on the mountain slope below peak 2880. My best guess is a bear made them.
A Marbled Godwit was reported along Cannon Island drive. After lunch I went and looked for it (with success).

From there I went over to airport. I didn’t see a harrier, nor any other unexpected species.


The dandelions are coming into full bloom.

I checked the end of channel and saw many Long-tailed Ducks are still around.


A lone Snow Goose was eating grass near the ramp in front of UAS.

I went back to the park again. This time the tide was up higher. I didn’t see any shorebirds other than Greater Yellowlegs. (Connor later told me the Short-billed Dowitcher was with Greater Yellowlegs this afternoon when he was there, but I didn’t happen to catch them).

2 thoughts on “Birding on a Sunny Spring Day”