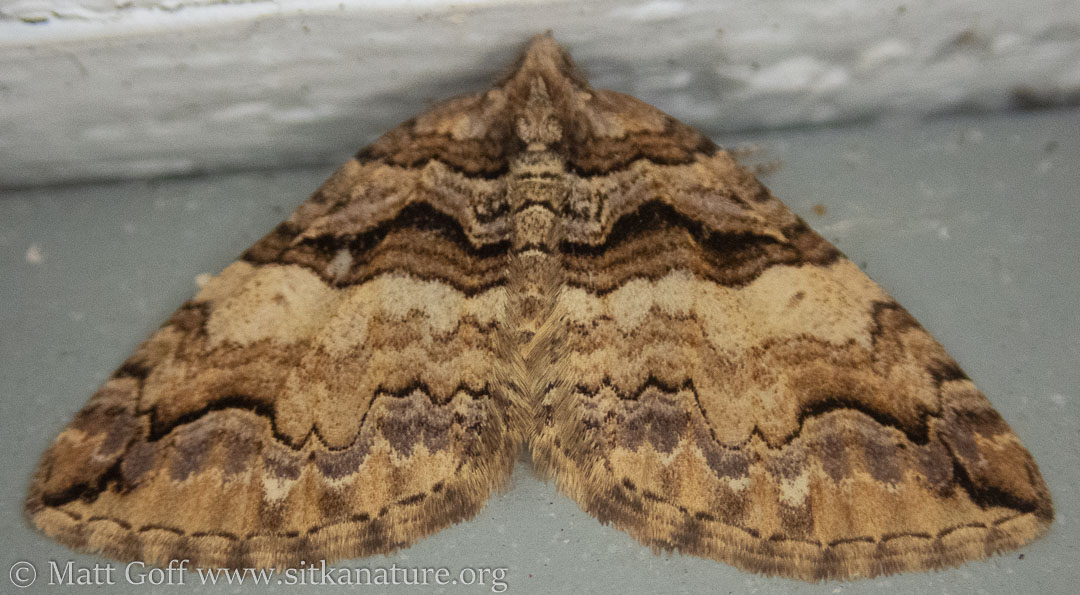 Cloudy overnight, partly sunny to mostly sunny throughout the day.

The forecast was for scattered showers overnight and through today. I could see big cumulus clouds that I think did have some showers associated, but they did not pass over the central part of town while I was up.

When I stepped outside this morning, it did not look like the ground was wet, but I did get a little whiff of petrichor, which made me wonder if there might have been at least a little bit of rain overnight.

I hadn’t decided where to start my outside time when I received a text about a Dunlin at Totem Park. I had been leaning that way, since I wanted to check the moths there, and this sealed it.

This time of year it often feels like the shorebirds are being slow to arrive. The only exceptions are those few years when they start showing up early.


I did see a few moths on the exterior walls of the visitor center. Lotisma trigonana (assuming I have the identification correct) is one I mostly associate with later in the summer, though I have seen it in the spring previously. Reviewing my iNaturalist observations of the species, I guess I don’t have a good reason for that, however. This is my second April sighting. I have two May sightings, and two early June sightings. Then one September sighting. This makes me wonder if it overwinters as an adult.

I’m pretty sure I heard a Townsend’s Warbler in the forest, but only heard it a couple of times and began second guessing myself because of kinglets. When I saw someone else reported Townsend’s Warblers in the area today, I decided to go ahead and count it.


I did find the Dunlin out near the river mouth with some Black Turnstones.

I heard a Greater Yellowlegs, but no other shorebirds.

The tide was down to about -2 ft. I probably could have done some low tide stuff, but wasn’t feeling inclined that way today.

I visited for a while with DK (who had reported the Dunlin).

While visiting by the visitor center, a dog walking along shoreline scared the the birds up. There were plenty of ducks, but no shorebirds that I noticed.

I stopped by Swan Lake. I didn’t see the swan, nor any swallows.

The Turnaround was quiet.


I saw good numbers of gulls in the channel but didn’t notice any unusual ones.

At the airport I walked the old road then returned to take pictures of the trailing currant I had noticed a couple of days ago.


It offered an opportunity to see the difference between pictures with and without the polarizing filter. The filter did cut a significant amount of glare from the leaves.

I went home for lunch, and decided not to go out again this afternoon.

As it worked out, I ended up going out anyway when a friend needed helping moving something.

While out and about, I stopped by airport again and watched from car, but didn’t see anything of particular note.

I had a fire in the yard this afternoon/evening. It seemed calm when I went out, but after fire started I realized it was intermittently gusty. Fortunately nothing too strong. However it seemed quiet swirly.

Connor saw a Lincoln’s Sparrow on other side of the house, but I didn’t refind it when I went to look.

Recent freezing temperatures damaged some of the blueberry flowers


I’ve been wondering if the recent cold damaged berry plants. I’m not quite sure about salmonberries, but there is some damage to blueberries for sure. Some of my honeyberries showed damage as well.