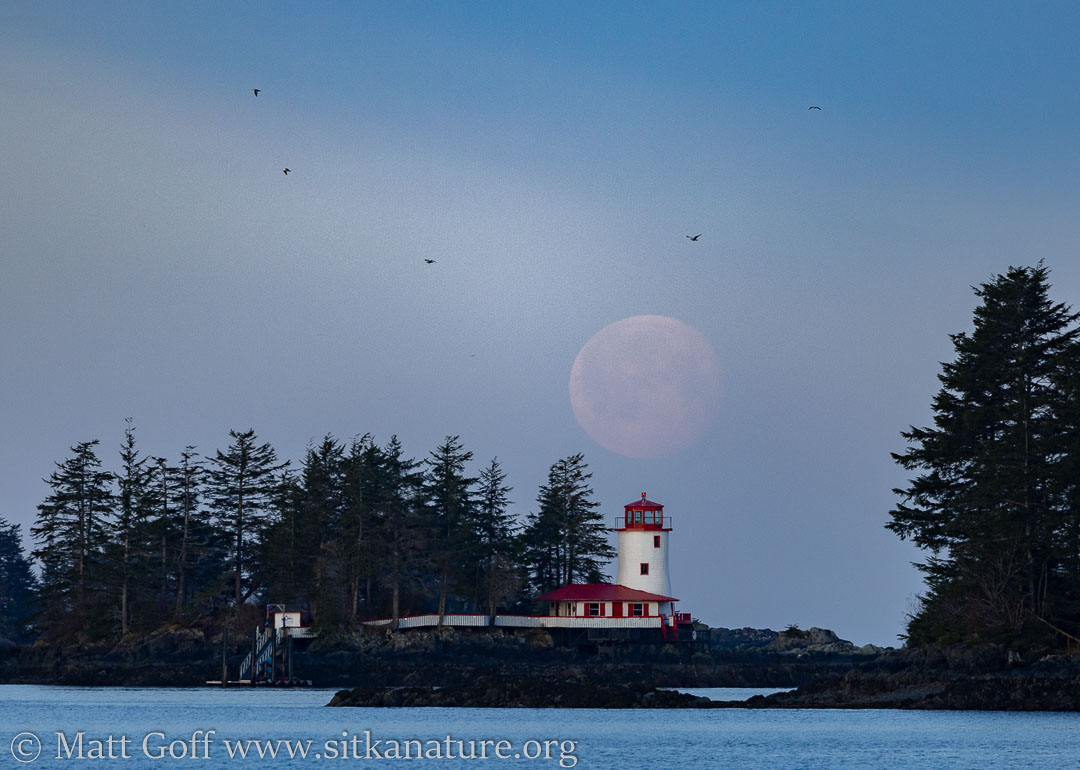 Sunny and warmer, with temperatures up into the low 50s. Breezy this afternoon.

I got up early to see the moonset.

I didn’t use an alarm, but did wake up more often during the night in anticipation of getting up early. At 5:15am thought I could sleep once more time, but then didn’t wake up until 5:55pm – I hoped to be out the door by around that time.

I didn’t dally getting my stuff together (it helps that I don’t drink coffee or eat breakfast) and drove out to look. I realized I probably had just enough time to get through the park if I hurried.


It would have been nicer if I was about 5-10 minutes earlier, but made it work.

I was reminded that I like being out early, but I don’t like getting up early. Unfortunately, it’s not so easy to do the former without first doing the latter.

A bit of haze really dimmed the moon, so it didn’t stand out as well as I might have hoped.


As it dropped and faded in the haze, difficult to make sure it was lined up how I was hoping.

With the moon out of sight, I walked the flats at the park. I didn’t see any shorebirds other than a couple of Greater Yellowlegs.

I went out to the golf course. It was quiet there. The sun was not yet shining above Harbor Mountain when I arrived. Some of the ground was still frosty. I heard a couple of American Robins singing aggressively, but they soon stopped.

I heard a junco calling (alarming?) near the 7th green. It stopped without me seeing anything (including the bird making the calls).

As the sun rose above mountain, I could feel some warmth. However it was behind a high thin cloud layer (cirrostratus?) which made it weaker than it could have been.

From there I drove out to Starrigavan. There were no shorebirds that I saw, but some ducks were around. The tide was out.

On a brief stop at Halibut Point rec I observed dabbling ducks in tidepool including pintails and Green-winged Teal with the Mallards.

I ended my outing at the airport. I had a two hour call which I was on for most of the time I was there.

I spent the first part of my time walking the old road. I did not see anything new, though I was hoping to see a harrier.

I sat down by the edge of the lagoon and noticed there was water flowing in through the rocks.


Small fish (three-spined sticklebacks?) darted about right at the inflow. They went into hiding when I moved too much.

I then found a spot to lay on moss and relax in sun.

I was facing a clump of trees and had an idle thought come to mind about mountain hemlock and whether there could be one growing at this spot.

While listening to my call I observed patterns of green on the spruce needles. Different shades for last year’s vs two year old needles as well as differences between the upper and lower surfaces.


I happened to notice some different looking needles and realized a small mountain hemlock was growing there practically swallowed up by the spruce. I suspect it had gotten started a few years ago, but as a slow grower, it is now being overwhelmed by a much faster growing spruce. I might bring some clippers to prune back the spruce a bit, otherwise I don’t think the mountain hemlock will last more than another year or two. (Longer term, there may be plans to develop this area in which case neither tree will likely survive, but I’ve been hearing that for years, so who knows if or when it will happen.)

Near the end of my call, several Golden-crowned Sparrows flew by. Perhaps half a dozen or so. This made my 99th bird species for the year.

One of several Golden-crowned Sparrows along old airport road


After the call wrapped up, I went and looked for them. I found them foraging in the bushes just down the road a little bit.

A harrier was reported this afternoon, so after I saw that, went out there again.

It was warmer, but much more breeze. Earlier had been a very light north breeze, but now it was a stronger southeast or south wind.

I noticed fewer birds than this morning, and no harrier showed while I was there.

I didn’t expect to get out again, but a message from Connor prompted me to go down to the park. He reported seeing a different looking yellowlegs.


It did seem subtly but clearly different than the three Greater Yellowlegs it was with. In particular it had legs that are orange rather than yellow. I think it may have been slightly smaller, but it was difficult to tell. It also appeared darker and/or had more barring than the other birds.

I think it’s most likely a Greater Yellowlegs.

I spent an hour livestreaming some inaturalist identifying and an initial culling of today’s photos. Photo editing+streaming seems to push my computer to its edge, so we’ll see if I keep that up. I may limit it to the later stages of editing when I’m taking more time with each photo and preparing them for iNaturalist and/or uploading into my photojournal.