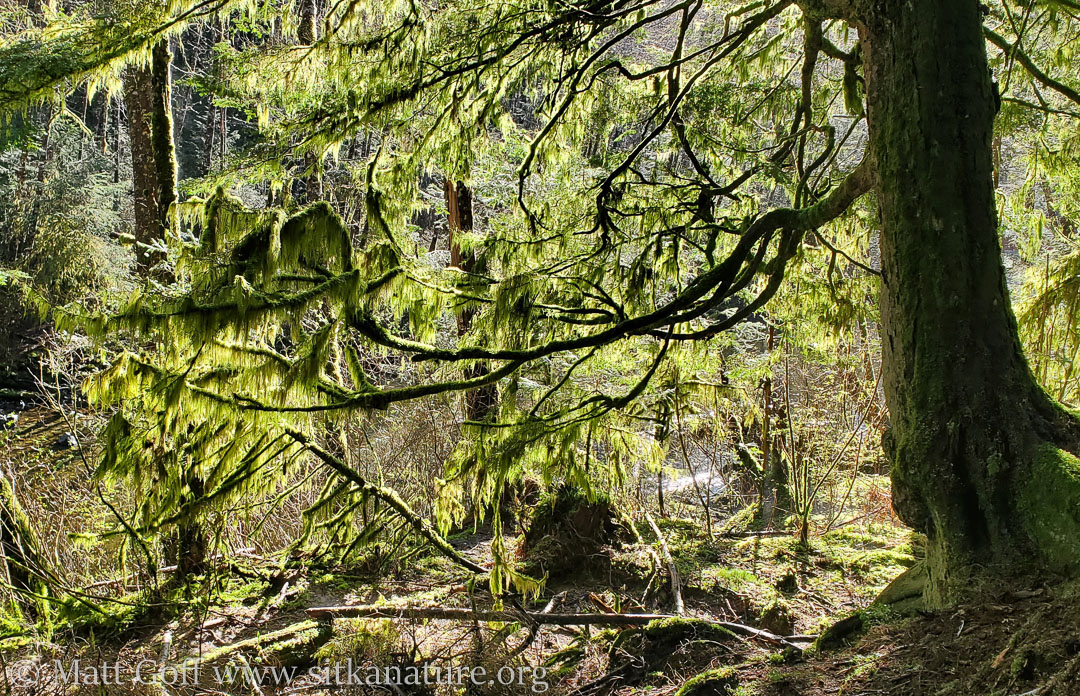 Mostly sunny, with clouds building later in the afternoon. Late in the evening it rained. Breezy with temperatures in the 40s.

Although I had a call this morning, the sunny weather compelled me to get out.

I planned to go down to the park and look for shorebirds. I wasn’t expecting anything new other than hoping to catch sight of a Rock Sandpiper or two mixed in with Surfbirds and Black Turnstones (some of have been reported over the past few days).

One of the first spring migrant robins, and the first I've seen since January when I happened to cross paths with an over wintering bird.


I walked through the SJ campus, and saw some robins on the lawn. Today seems to be the first significant influx, as best I can tell.


I was surprised to see trees cut down that had been lining the old bunker oil storage. I learned the Fine Arts Camp got grant funding to take care of it, so that will presumably happen in the coming days/weeks. Those trees were a reasonably accessible and reliable spot for some mushrooms during late summer and fall, but it’s probably for the best that the old oil be taken care of.

Pacific Wren singing. Observed near one of the trails in Totem Park


In the neighborhood I walked through Song Sparrows were singing. In the forest it was Pacific Wrens.
I sat for the last half of my call on a gravel bar just up from the estuary meadow. I was in full sun and out of the breeze, so it felt nicely warm.

Rice root is one of the names for Fritillaria camschatcensis, aka Black Lily, aka Chocolate Lily. The rice-like bits of the bulb are edible. I put this one in the ground (it probably washed out in high water) after taking pictures.


After my call I walked through the backwater estuary meadow and noticed a rice root bulb with a new sprout growing out. After taking a picture I put it in the ground to give it a better chance. I’ve previously noticed bulbs on the surface in this location. I’m guessing they come out during high water, but I’m not sure how.

Walking around the beach, I did not see any shorebirds. The tide was on its way up, but there was plenty of exposed beach, so I’m not sure why they weren’t there today.


Herring seiners were moving around in the bay and to the south. I wondered if they were looking for herring. It turned out an opening was called this afternoon, and it included Crescent Bay.

I was recently reminded of some questions I have about Prasiola a small green seaweed that shows up in the winter and will be gone by summer.

After checking the walls of the visitor center for moths (I found a couple, both species I’ve seen already this year), I went to Sage Rock.


I looked around in a patch of the Prasiola and collected some to bring home and look at more closely. It all seemed to be P. meridionalis. I was hoping to find some P. borealis, but it would have helped to refresh my memory on my previous sighting. (I was thinking it had been later in the spring, but it was actually in February. I had also forgotten how much different it looked.

If/when I end up investigating further, I’ll probably have more to say about these.

Coming back home along Etolin Street, I heard a Steller’s Jay calling in the neighborhood. It’s the first I’ve observed this year.


This afternoon I went back out with hopes of seeing the Purple Finch which was seen again this morning. I sat in the yard where it’s been visiting a feeder. After a half hour of waiting, it showed up. I was able to get a few documentary photos, so that was nice. The Purple Finch was my 80th bird species for the year. Somewhat surprisingly, I’m only two behind last year’s pace.


I went to the lake. There was someone fishing from the peninsula, which seemed like a good explanation for why there were no ducks there. Instead they were in a couple of groups resting among the sedges along the shoreline. At least one Trumpeter Swan is still here. I was interested to see it and a Bald Eagle not far away on the lakeshore well up towards the upper end.
I got distracted on my way home when I saw a seiner out on Crescent Bay. I heard someone mention they were fishing herring, so I went down to the breakwater.

There were plenty of boats on the bay, but no obviously large sets.


Bald Eagles kept swooping down to grab herring from the surface. They were not especially close, but I tried for photos anyway. While reviewing the sequence above, I was initially puzzled by what I thought might be a herring jumping out of the water after the eagle dropped down. Closer inspection revealed a different story.
Working on the Prasiola collection this evening, I found I had inadvertently collected two fly larvae as well. The larger reminded me of a cranefly, the smaller a midge. I’m not sure if I will be able to raise them to adults (or if I will even try).