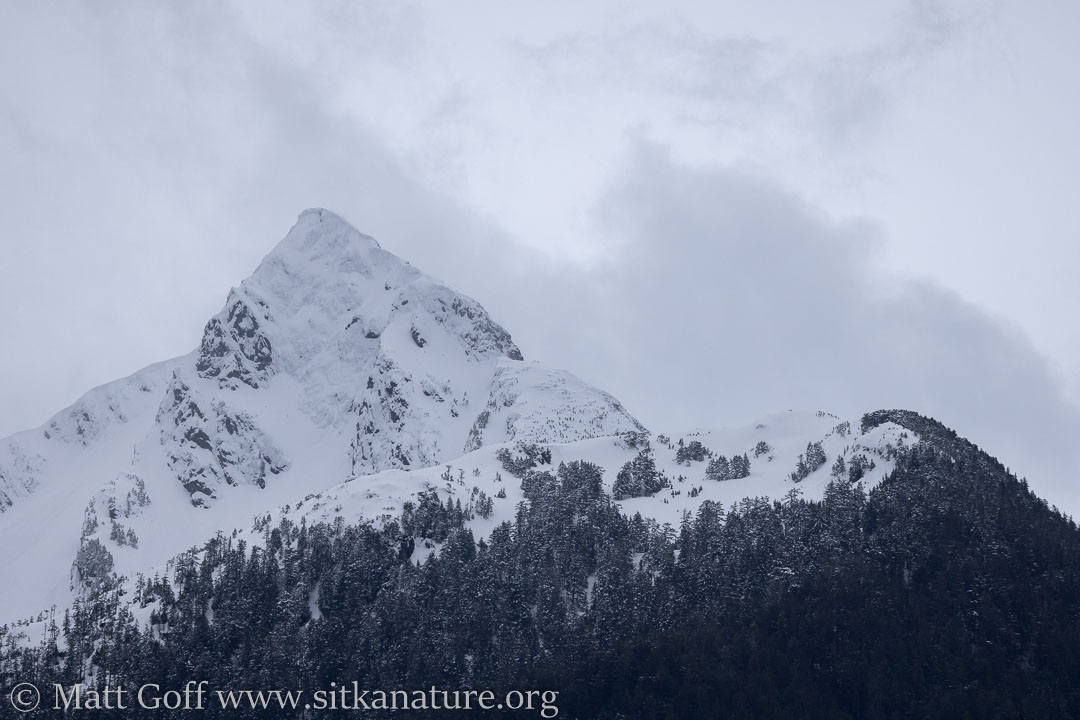 Microscopic details of a deep purple liverwort (as yet unidentified)

Overcast and breezy. Temperatures into the upper 40s. Winds picked up later this evening, but not much rain today.

I had a meeting this morning downtown that last until around noon.

Mergansers were as numerous as the gulls today


After finishing, I checked the Eagle Way and the channel. I saw very few gulls.

Herring boats seemed to be absent from the harbors, so I wondered if fishing had started (drawing both the boats and the gulls).


I drove out the road and it looked like boats were in the same area as yesterday. I couldn’t tell if they were fishing. This evening’s paper said by press time they were still waiting on a decision whether to fish.

When I went out this evening it was quiet at the lake.

I saw activity at the work float where a boat was cleaning net. I’m guessing the eagles and gulls were getting herring that had been stuck and were tossed out of the net.

One of several groups of crows I watched fly down the channel (I suspect heading to their roosting site).


Crows flying down channel towards the bridge. I’m not sure where they were coming from (maybe Eliason Harbor?), but I’m guessing they were flying to their evening roost.

A small piece of thallose liverwort. I took some photos, though I don\'t have high hopes of getting an identification. I did enjoy looking at it.


I made it through part of one collection after games at the Beak.

I dug into the weather records a bit more after it hit 50F a couple evenings ago.

Last year was tied for the latest first 50 degree ever. The first day it reached temperature was April 16th when 50F was the high. This year’s 50F on March 21st was 17th latest day on record.