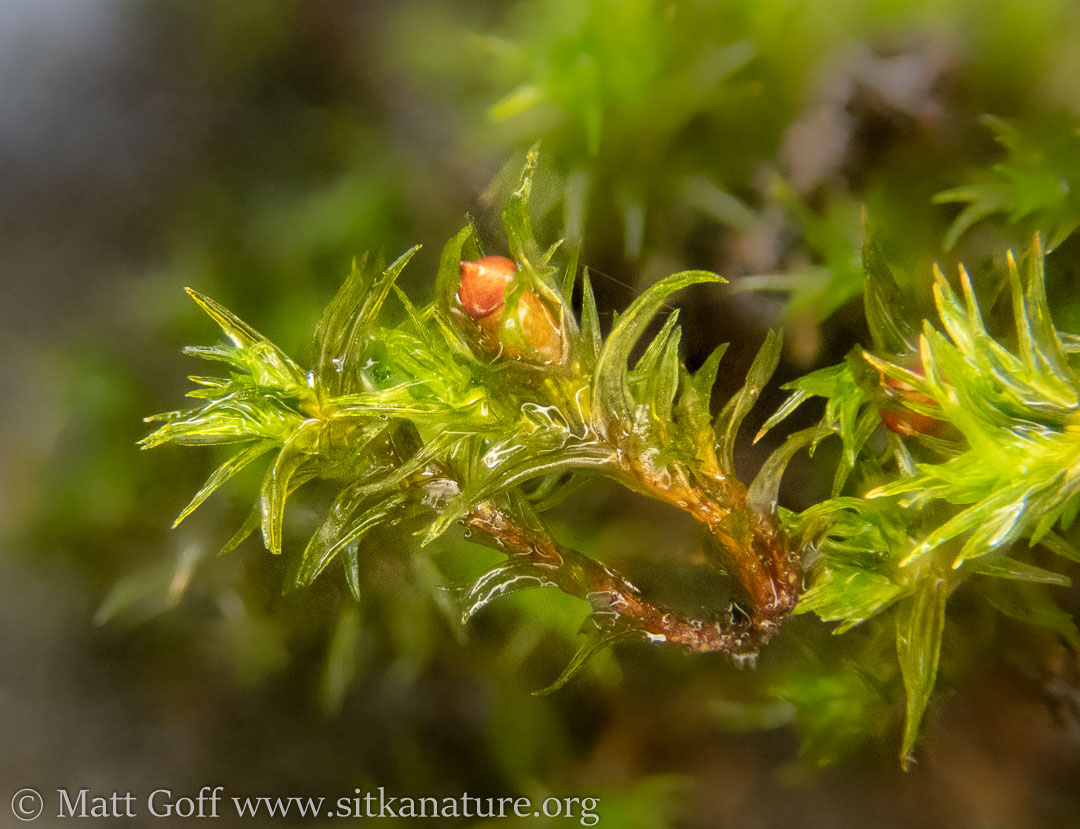 Overcast and breezy. Temperatures into the upper 40s.

Just a bit of rain fell in town. Once again the forecast rain appeared to remain offshore. Winds are also greater out there, with the buoy reporting seas over 21 feet just before noon today.

The forecast still calls for rain tonight and tomorrow. If it doesn’t turn out like the past couple of days, there’s a chance we could still see this February break the all time record for February rainfall at the airport.

After Monday it’s now forecast to cool off and snow before it clears up later in the week. Earlier the forecast clearing had temperatures in the low 40s, but the latest forecast is calling for lows in the low 20s and highs in the low 30s.

As yet unidentified moss


I stopped by revisit the mosses and liverworts on rocks behind UAS before going to get my radio show ready.


I documented three additional moss species, and noticed the sporophytes beginning to pop out on the Porella. I collected dead Porella that I think might have fungi on it, but that will require some microscope work to figure out.