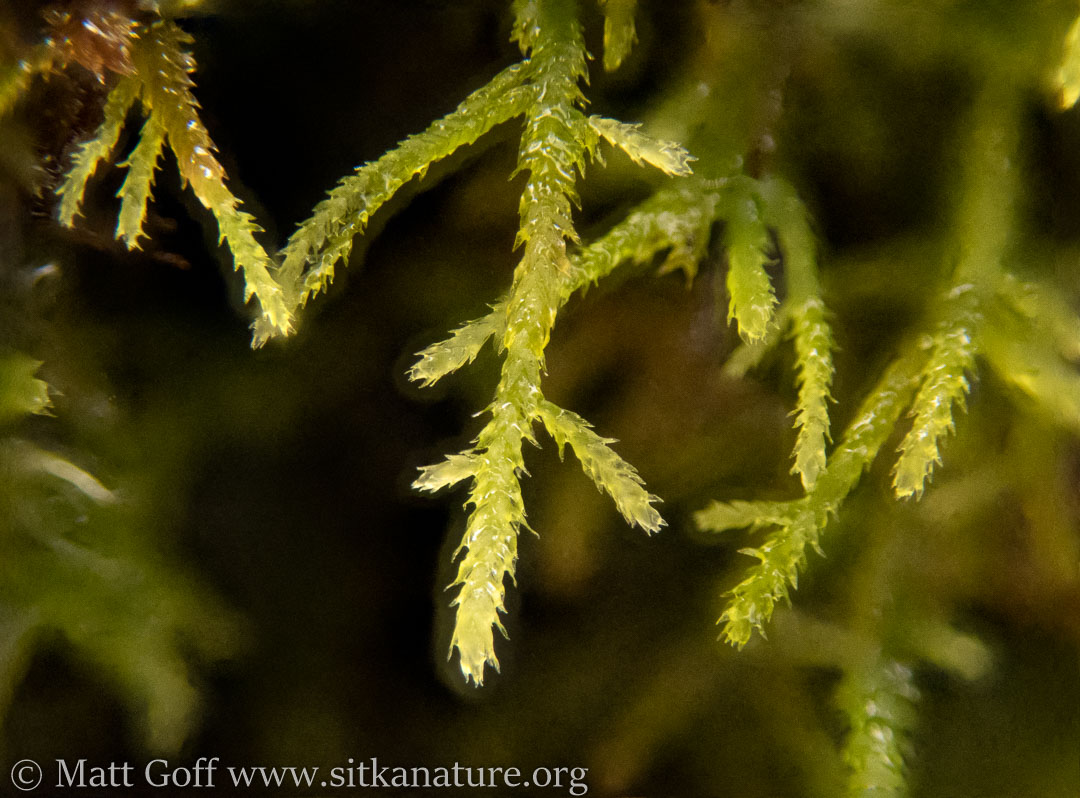 Rain. Beginning as a light drizzle this morning and increasing in intensity throughout the day. It appears today’s total will be over 2 inches.

After today’s rain is added into the total for the month, it will be over 13 inches. This is good for third or fourth all time (depending on where exactly it ends up) for total rainfall in February, and we still have 11 days to go. The record is 15.56 (1964). The forecast is calling for heavy rain again on Friday, so that might get us a good chunk of the way there. It looks like things might dry out a bit (relatively speaking) Sunday and Monday. Later next week is just showing a chance of rain (which is down from “rain, heavy at times”).

I didn’t get out early enough to catch the light drizzle. It was still a moderate drizzle when I drove out to Herring Cove late this morning.


I didn’t go far up the trail, just past the first bridge. I spent a half an hour or so looking over the mosses and liverworts growing on rocky areas just off the trail.

I also went over closer to the falls to see what I could see there.

Maybe Heterocladium macounii, but it looks a little lankier than I'm used to thinking of that species


Lighting was dim, and it of course things were wet, but I did find some familiar species and perhaps one or two that are new for me.

I spent a bit of time this afternoon getting my area better organized for using microscopes and taking pictures. If I’m going to be serious about liverworts/mosses/lichens, then I’ll need to be working at higher magnifications than I can easily get with my straight camera.


I tried out an inexpensive device I purchased last year that is supposed to hold a phone camera to the eyepiece of a microscope. I wasn’t able to get it optimally aligned, but it was good enough, and very nice to not be trying to hand hold it steady. With this set up, I was able to change the microscope focus over several images and get a passable focus stack.

Ultimate this evening was very wet. Nine of us showed up to play, so it was a good time, despite the abundant rain with a bit of wind.