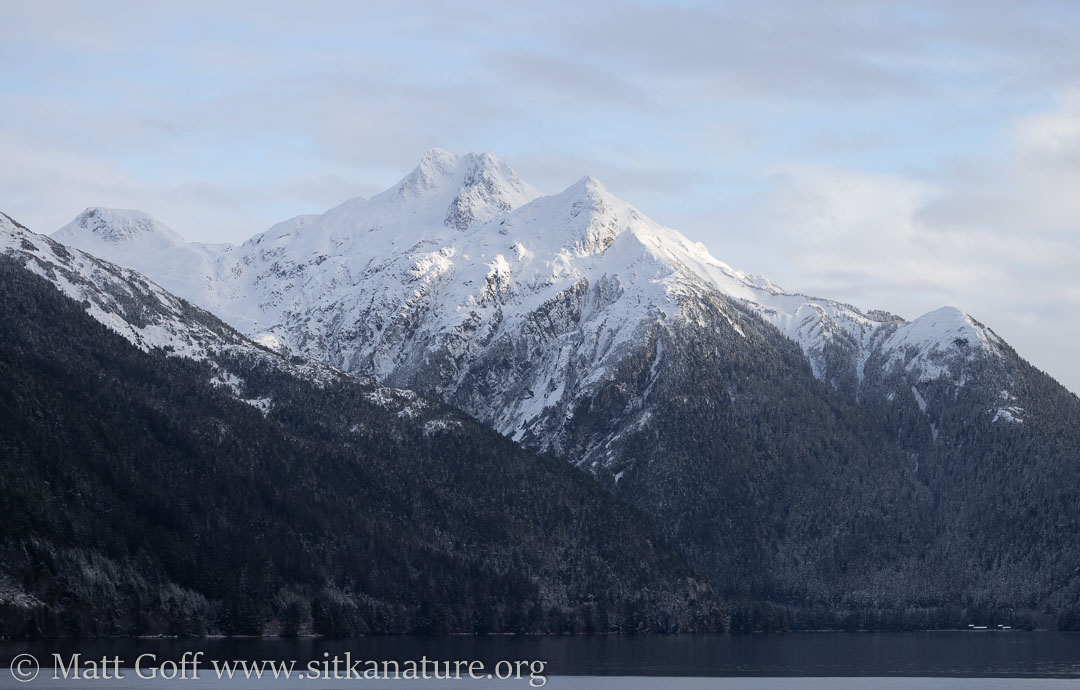 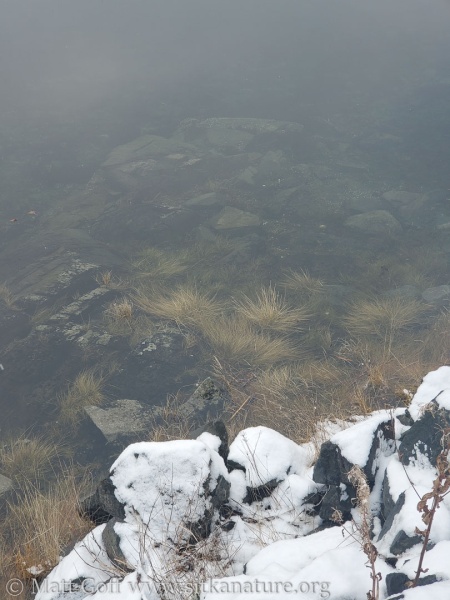 Occasional snow continued overnight, but no more than an inch was on the ground this morning, at least around the house. (Connor told me snow was closer to a foot deep in the open areas up Indian River valley.)

Today remained mostly cloudy, with some blue sky showing to both the north and south, but no sun over town.

I stayed past midnight last night for the eclipse. I hoped the clouds might part to see the maximum coverage. Alas, a snow shower persisted beyond the 12:03am peak of the eclipse.

Closer to 12:30am, the snow let up. Clouds thinned just enough that I could make out a thin crescent of the reappearing full moon. Even this look was brief, and I headed to bed shortly after.

Shortly before 11am I was on a call and I received a message from Kitty that a (the?) Western Grebe was out by Galankin Island. It worked out for me to get a ride to look around shortly after noon. 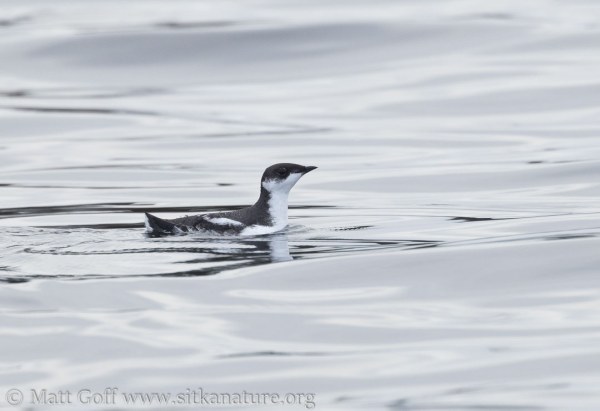 Unfortunately we did not find the grebe again, but I did get some nice looks at Marbled Murrelets. 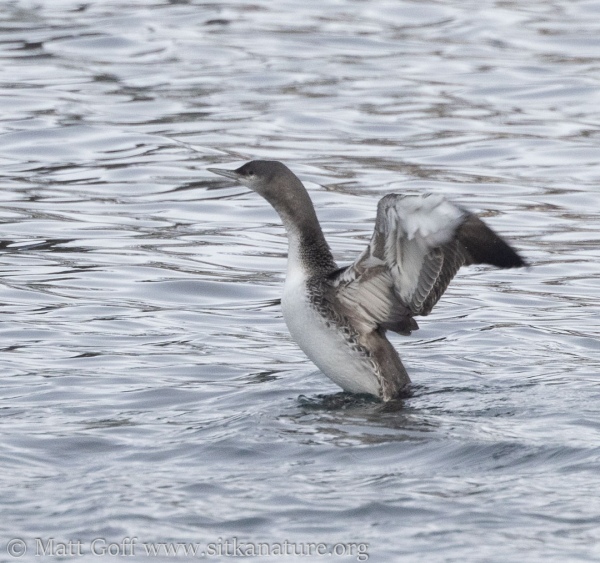 Checking the channel upon my return, I was happy to notice a Red-throated Loon out in the middle. It’s the first I’ve seen this year (#177).

While watching the juncos out at the kelp patch pull out, I saw a bird fly across the road. It reminded me of a waxwing, but I just had a brief look and did not see it again. 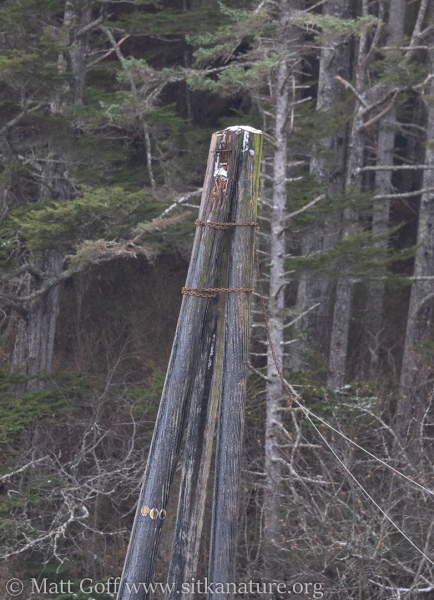 I first heard this morning that pilings associated with one of the personal docks on Galankin Island had been hit by lighting. It happened earlier in the week when the series of thunderstorms rolled through overnight. There was a picture in the paper of repairs happening. I saw the pilings from a distance, but it was difficult to tell for sure if the damage I could see was due to lightning or normal aging processes. [Update: Later I saw a picture taken from near the library at 3am and later posted on Facebook of a single bright bolt coming down in the vicinity where the dock is. It seems likely the photo captured the strike that hit the pilings.]

I continued making progress on catching up with blog posts. Hopefully I will be fully caught up (with recent ones, at least) over the weekend. It’s getting to be time to get serious about systematically reviewing my photos for the year and getting everything in iNaturalist.

I also have a hope of publishing all of my photojournals from this year. I’ve written something everyday, but have plenty that remain unpublished (mostly waiting for me to process and/or select some photos to include). In the end, it might be better to devote time and attention to a couple of the other projects I have in mind, however. 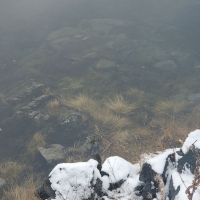 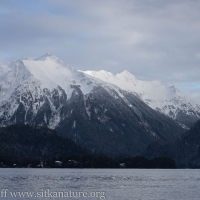 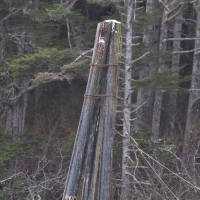 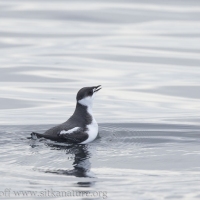 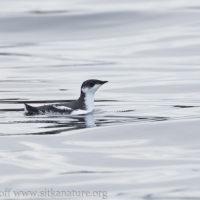 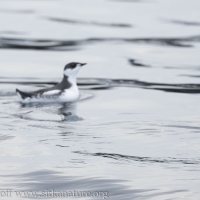 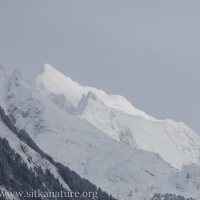 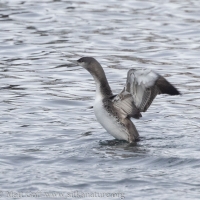 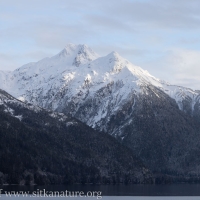