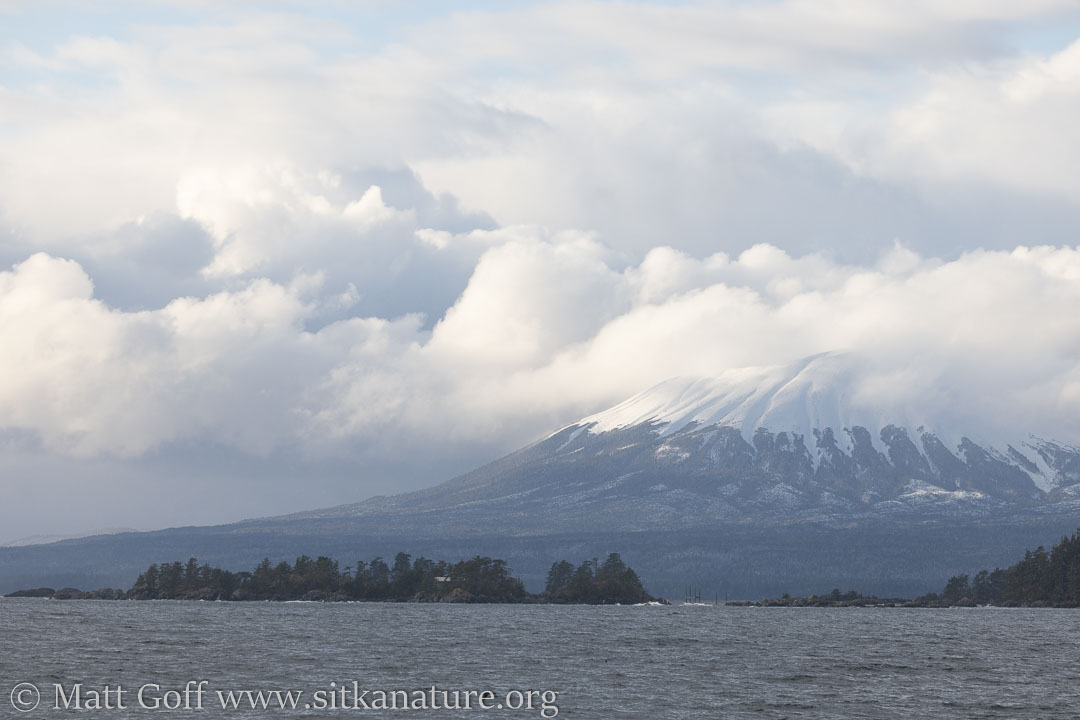 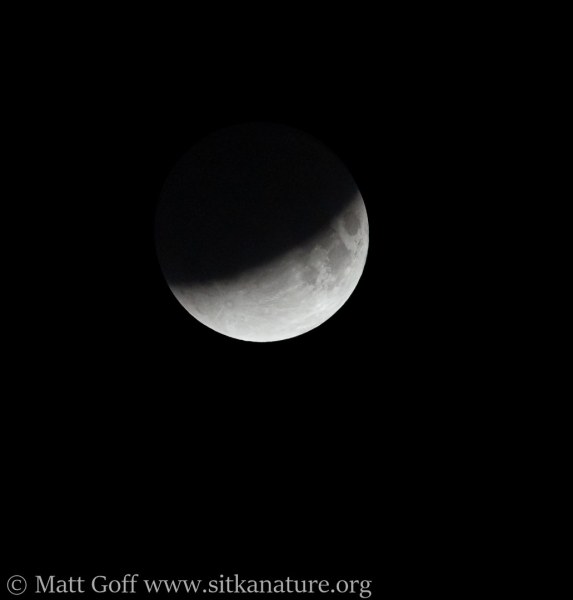 Snow did fall overnight, but there was little accumulation by this morning.

Additional snow showers throughout the day resulted in less than an inch at the house by this evening. 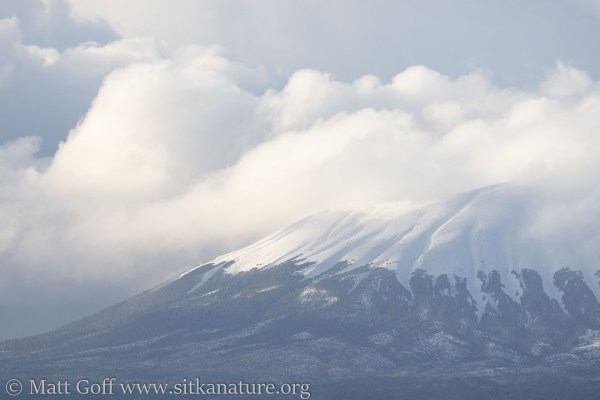 After lunch I stopped at Sea Mart on my way to the kelp patch pullout for pictures of Mt. Edgecumbe. It was briefly in view before the clouds settled down again.

I also checked out the channel. 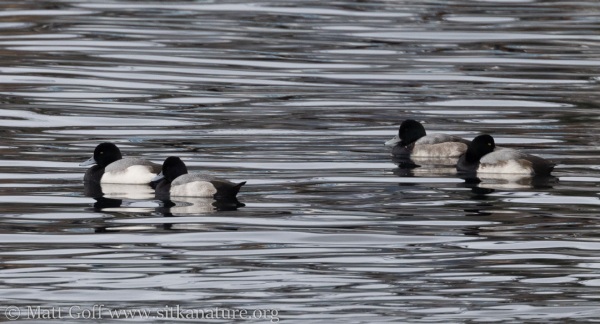 Among the birds there, I saw Greater Scaups and a Common Goldeneye. I hadn’t noticed either of those species on recent visits.

I made good progress catching up on publishing recent photojournals. If I can make similar progress tomorrow, I’ll be nearly caught up.

Coming out of the Beak after game night this evening, we could see the full moon high in the sky. It helped me feel hopeful there would be sufficient clearing for some views of tonight’s lunar eclipse (which is due to peak around midnight). 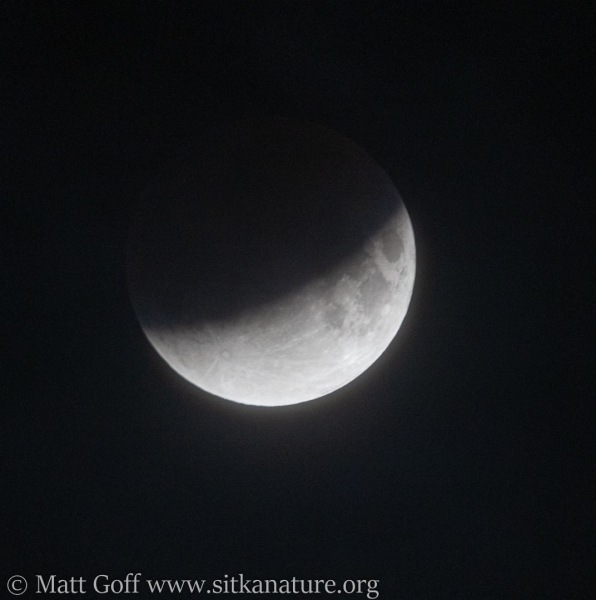 A snow shower passed over around the time the eclipse started, but skies were clear enough to see the over-half shadowed moon shortly after 11pm.

Reviewing my photos made me consider how easy it would be to distinguish a photo of an moon being eclipsed from one of a moon in its normal cycle. Thinking about the physical alignment of things, I suspect it should be possible, but I’ve not looked into it further to figure out what the differences are. 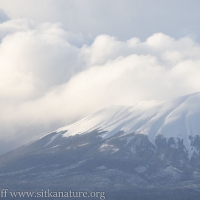 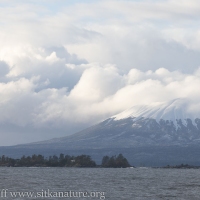 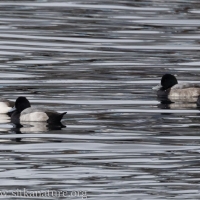 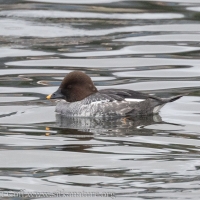 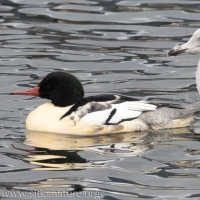 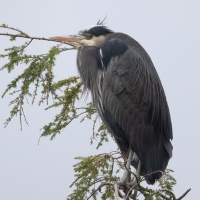 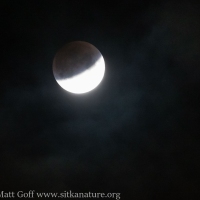 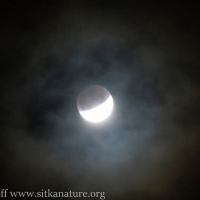 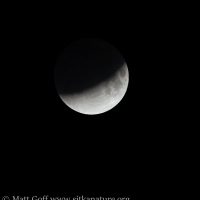 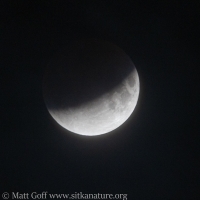