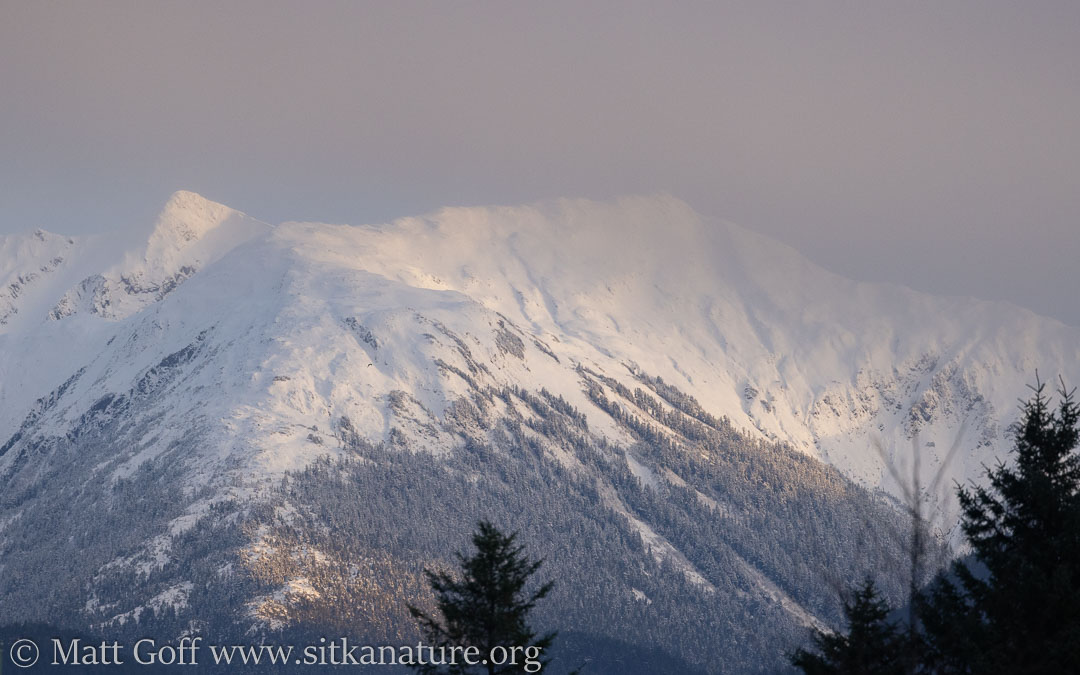 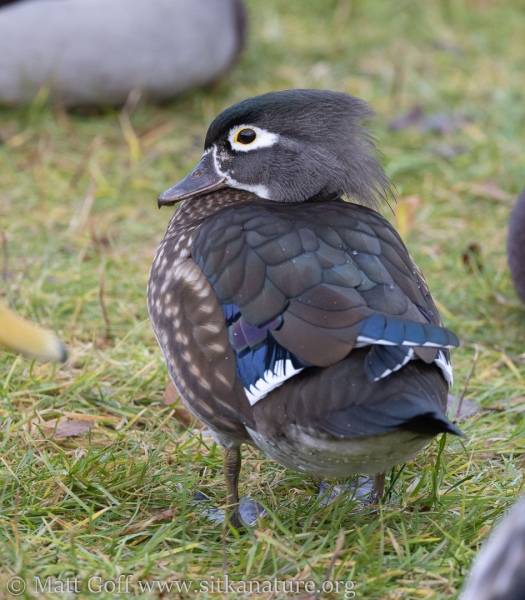 Overcast and much mellower weather than yesterday.

On one of the weather pages I check each day (https://www.weather.gov/ajk/localClimate ) the weather conditions stated: “The following weather was recorded yesterday, Rain, Light Rian, Hail, Sleet, Fog, Haze”. 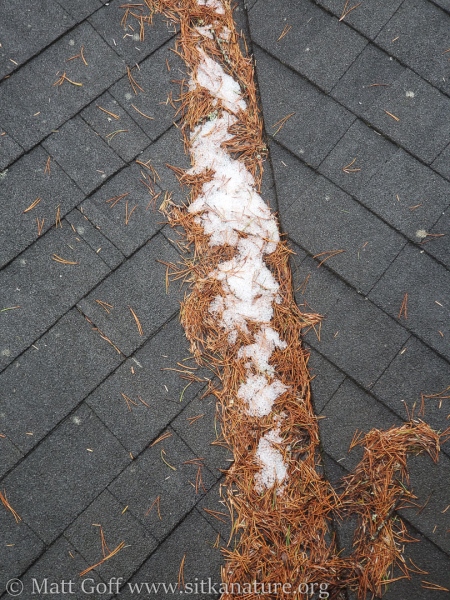 I did see hail (or maybe graupel) not yet melted when I looked on my roof this morning. Snow level was down to around 1200ft on the mountains as well.

My dad left on the midday flight. While having a meal together with Connor and Rowan at the Nugget, Connor spotted a raptor flying over the runway. It appeared to be a Northern Harrier. Perhaps the one I saw a couple of days ago, but I heard there was a second one this morning as well. 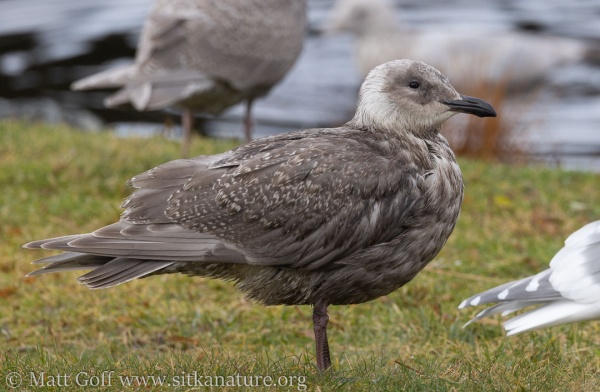 I stopped by Swan Lake before heading home. The rare species continue, and I noticed a darker (or maybe just more contrasty) than typical first year gull which I took some photos of. The wing tips are not especially dark, so perhaps it’s a dark Glaucous-winged Gull or a variation on Cook Inlet Gull.

I was feeling a bit tired, so I took a nap at home before heading out again.

Vicki V. had texted about a Snow Goose at Starrigavan, so I let that be an excuse to head out there.

When I arrived, it was in with dozen Trumpeter Swans. They made it look quite small, though it otherwise fit in fairly well.

Vicki was there when I arrived and said the ravens had been harassing the Snow Goose until it joined in with the swans.

I stopped by kelp patch pullout and watched the juncos for a bit. 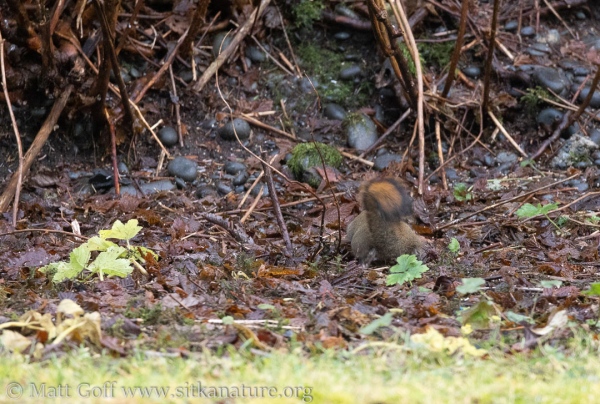 At Moller Park, not long after I arrived, a squirrel came out and chased all the sparrows and juncos away. I mean this literally, I watched the squirrel run after every bird that tried to be there while it was. Even when a junco or two coming back a yard or two away, the squirrel stopping going after seeds itself and chased the bird off. 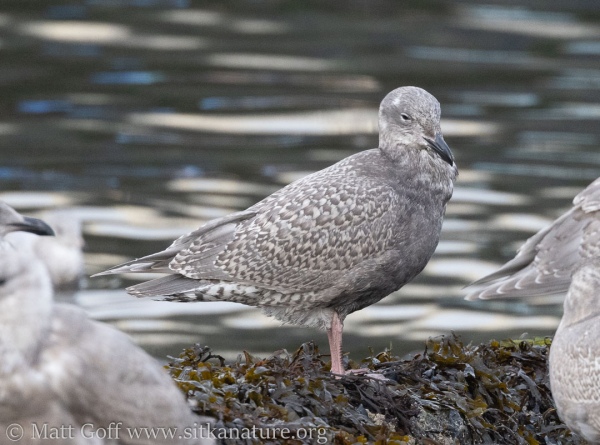 At the channel I took some pictures of another slightly darker than typical first year gull. 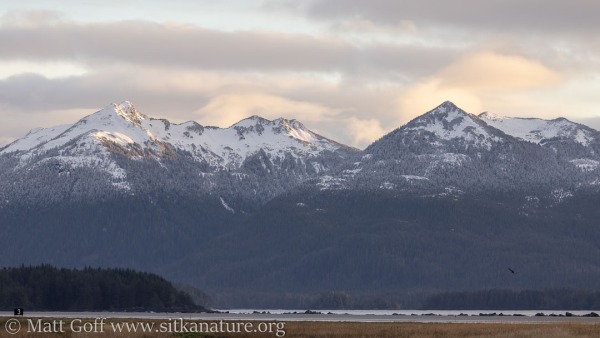 The sun broke out a little bit not long before sunset and made for some nice light on some of the snow-covered mountains. 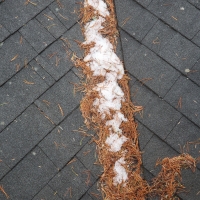 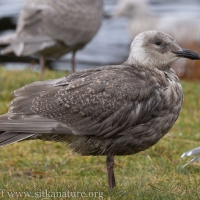 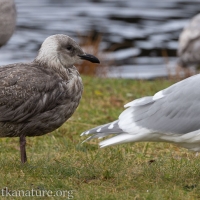 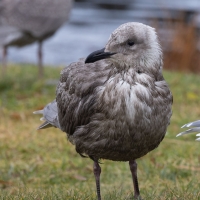 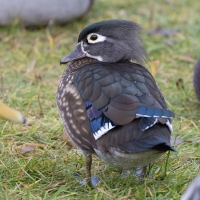 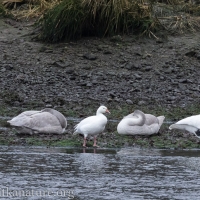 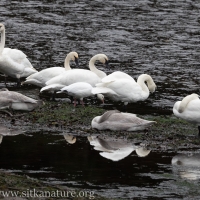 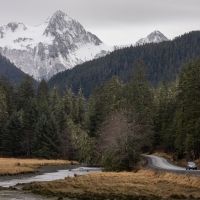 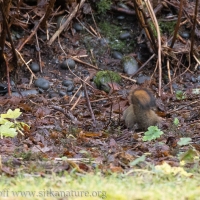 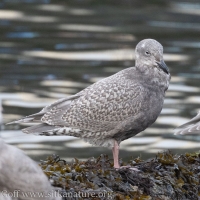 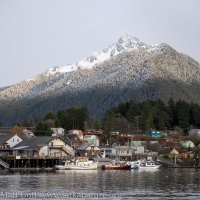 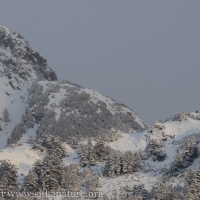 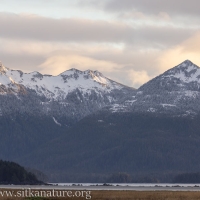 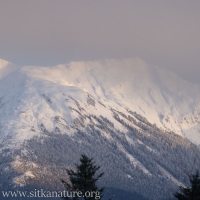