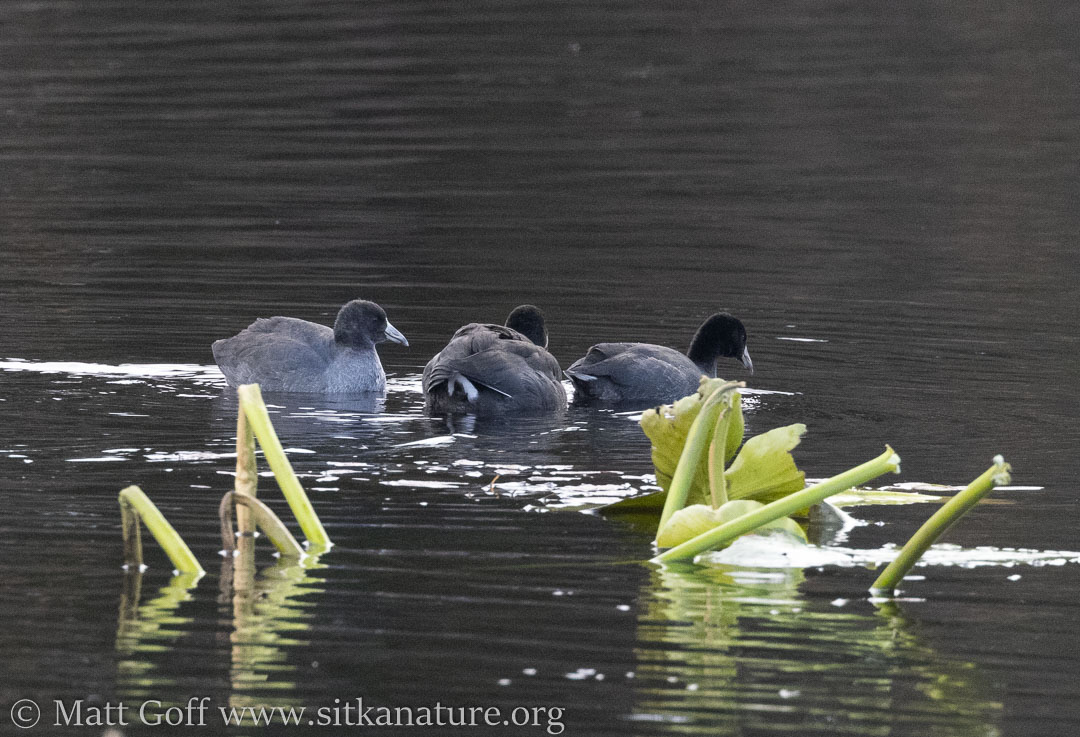 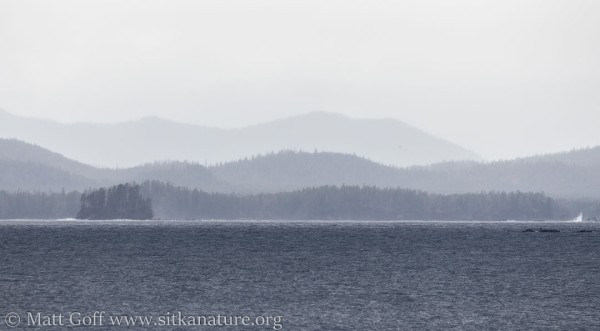 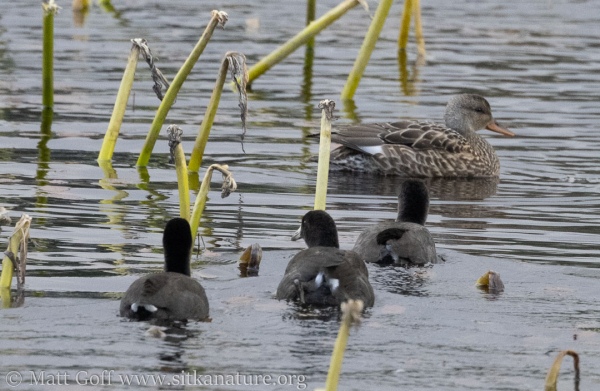 I stopped by the lake this afternoon and saw a couple of coots not far from the peninsula. Moments later, a third came swimming towards them. These are the first I’ve seen this fall, and given the impressive showing of coots around the state this year, I was beginning to wonder if/when they would show up here. As best I can tell, at least one has been annually since 1986. 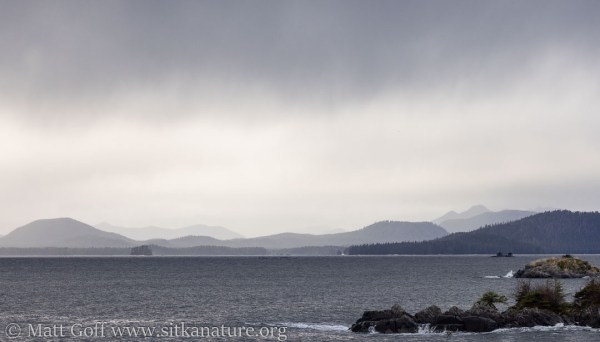 I drove out the road before going to the radio station to get my show ready.

Between the rain and other vehicles parked where I thought about stopping, I did not spend much time out that way. 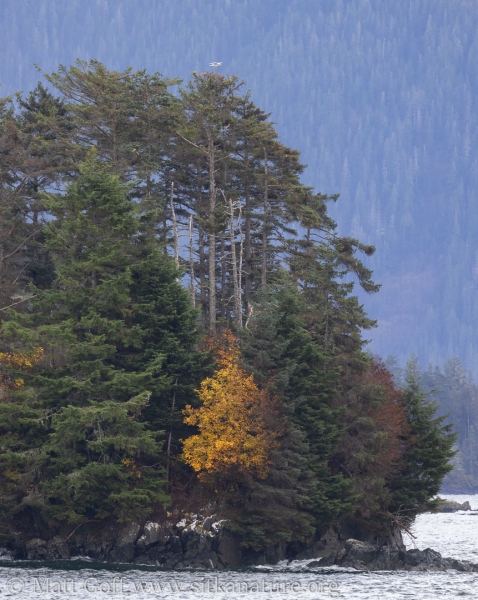 I spent a couple minutes watching the trees near the city building on Castle Hill, but did not see any activity. 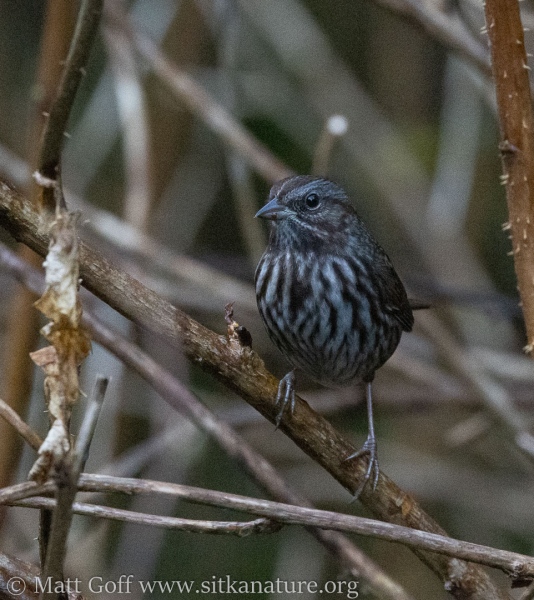 After getting my show ready, I went to Kramer Avenue and spent some time with a good-sized flock of juncos. There was also at least one Fox Sparrow and one or two Song Sparrows.

There was a squirrel on each side of the path. They seemed perfectly willing and able to push birds off of favored feeding locations. 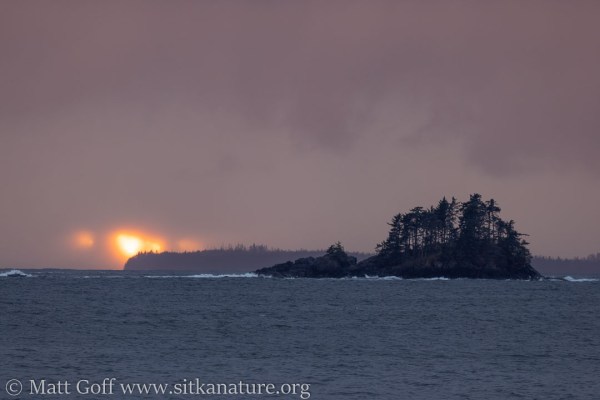 Coming out of Sea Mart, I noticed a bright spot on the horizon. It was a thin spot in the clouds position at the right location to light up as the sun was dropping below the horizon.

Had I not paused to take pictures before leaving, LP may not have seen me and caught my attention before I drove away. She let me know that she and RP had seen a Redhead on Swan Lake when they stopped to look for the coots. 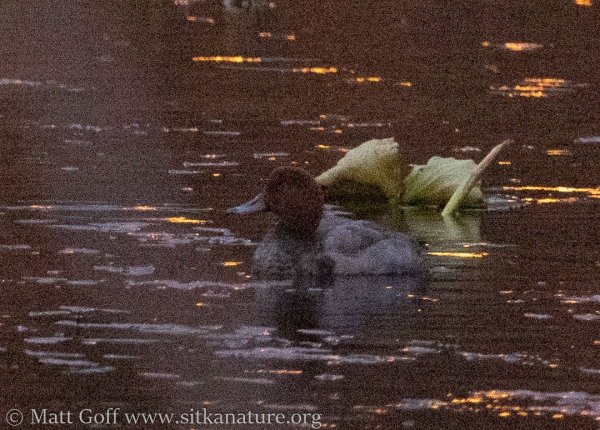 Despite the near dark, I was able to see and photograph (not good pictures, but sufficient) the Redhead (#171) on the lake before going home. 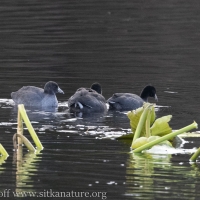 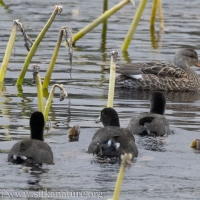 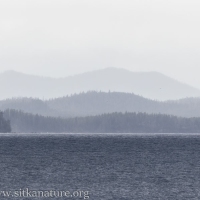 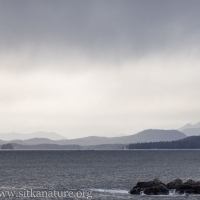 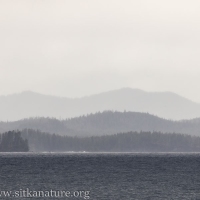 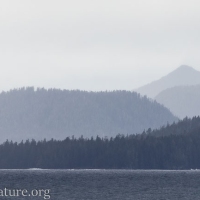 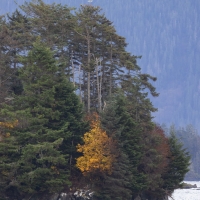 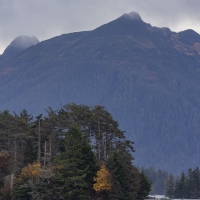 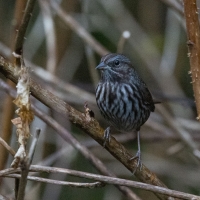 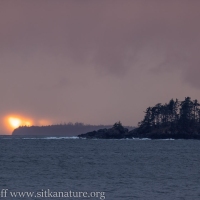 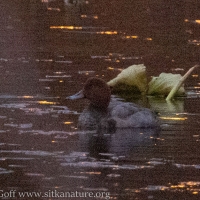