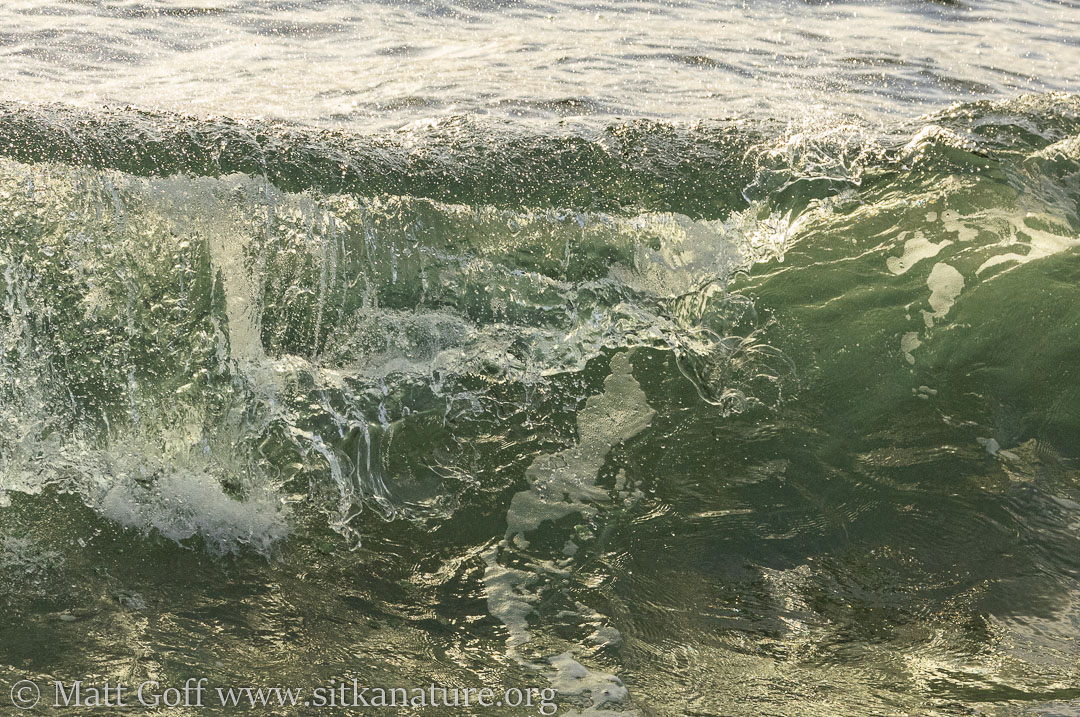 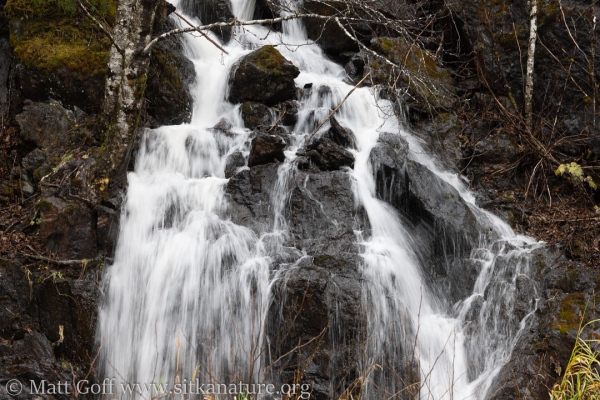 Overcast and rain for much of the day. A bit breezy this afternoon, but not especially strong when I was out. As far as I could tell, the high winds mentioned as a possibility in the forecast didn’t show up right in town, at least.

There were some big waves this morning at the buoy. The largest (~20 ft) were during a couple hour relative lull in the wind. Presumably this was as the low pressure center was moving over.

Also associated with the low center passing was an approximate 1.5 foot tidal surge. It peaked around the time of low tide this morning, and had diminished to about 1ft above the predicted high this afternoon.

I had calls this morning and recorded a conversation for my radio show in the first part of the afternoon.

By the time I was able to get out, the rain had shifted to showers, and I hoped to mostly avoid getting wet.

I headed out to Starrigavan first. 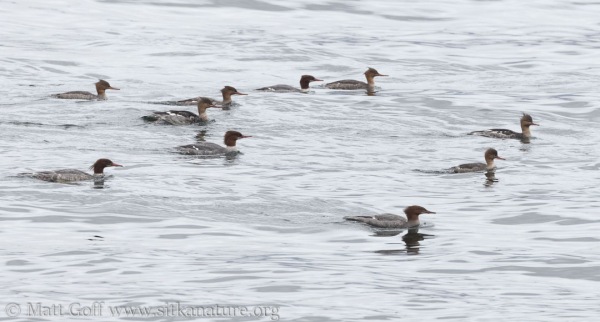 I also saw a couple of Barrow’s Goldeneye and Buffleheads near the boat ramp. 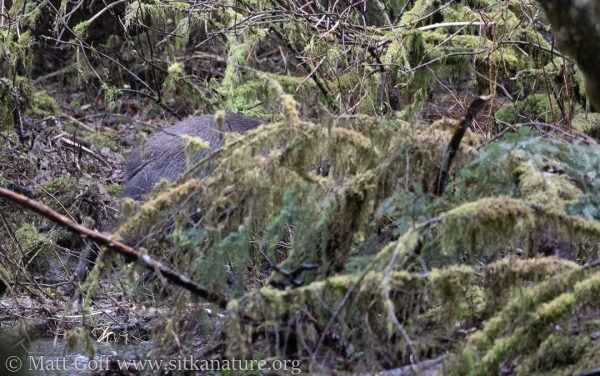 Up Nelson Logging road I caught glimpses of a bear through the trees as it walked along the river. 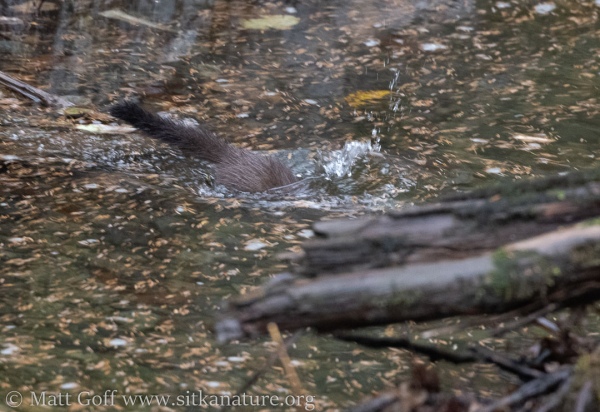 On the upriver side of the bridge, I saw a mink running along then disappear into the water.

It was quiet (no birds or squirrels) at Kramer Avenue for the brief time I was there. I did see a sizeable flock of juncos moving through the salmonberry thickets on my drive up to the parking area. 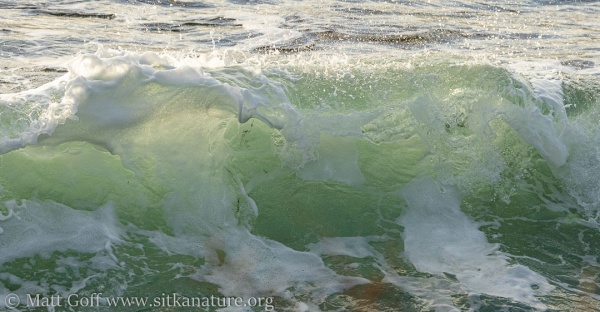 The tide was still high and wind pushed waves were coming in at the kelp patch pull out. The two pairs of Horned Grebes were there again. Someone with a dog on the beach pushed up a couple of sparrows from the thickets lower down to where I could see them.

I finished my outing with a stop by the channel. I saw my first of fall Long-tailed Ducks. Another three Red-breasted Mergansers and a couple of scaups (I think Lesser).

It seems safe to say there was a good movement of diving ducks overnight. I would not necessarily expect all of the individuals I saw today to stay for the winter (especially all those Red-breasted Mergansers), but it is about the time when the last of the over-wintering start settling into the places they’ll spend much of the next few months. The last to show are usually the swans (probably in early November).

This evening I cut up and cooked some of the apples I’ve been getting from my two trees. I’ve got all the ones from the tree on the south of the house, but there are still a few on the other tree. 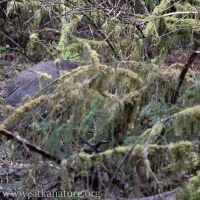 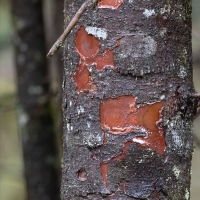 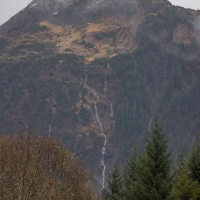 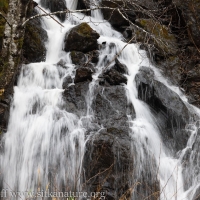 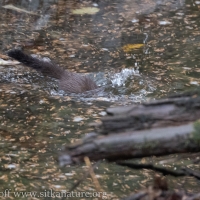 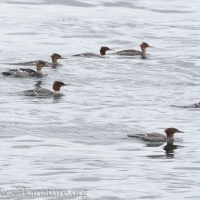 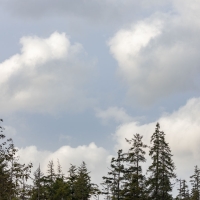 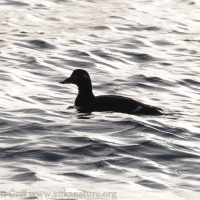 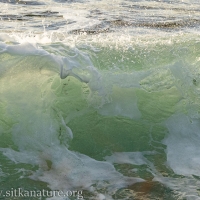 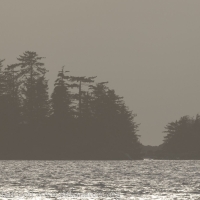 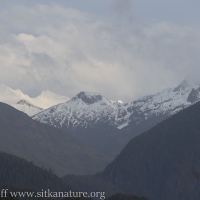 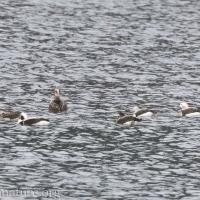