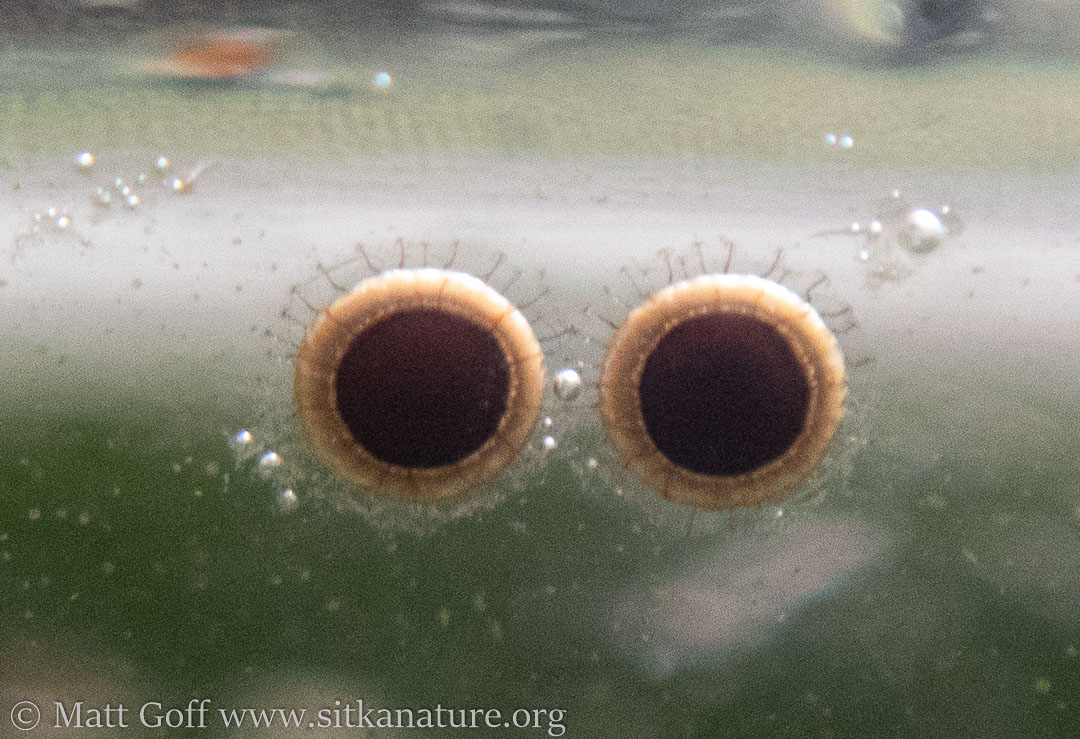 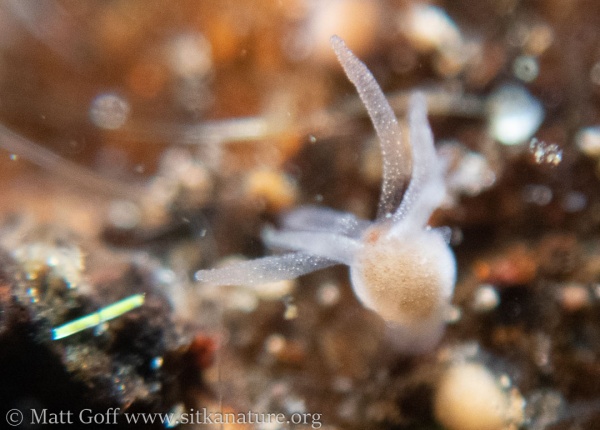 Overcast with occasional rain early. Becoming rainy and windy through the afternoon leading into a high wind warning for this evening until later tonight.

I gathered up the apples that had fallen from the trees in the yard. While most of them were fairly small, I did notice there were a few that attained a pretty decent size. I will probably make applesauce out of them soon.

I went to Thimbleberry Lake with Paul to look for hydras to collect for someone doing research on them. He was able to find some on some submerged wood near the outflow.

I took the sticks on which he had found the hydras while he did some additional sampling/collecting. 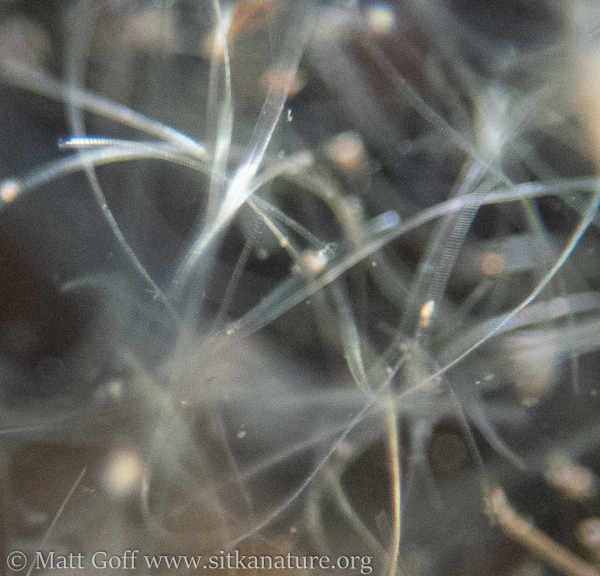 While looking for the hydras, I noticed an interesting filamentous growth. I’m not sure whether its a green algae or something in chromista. 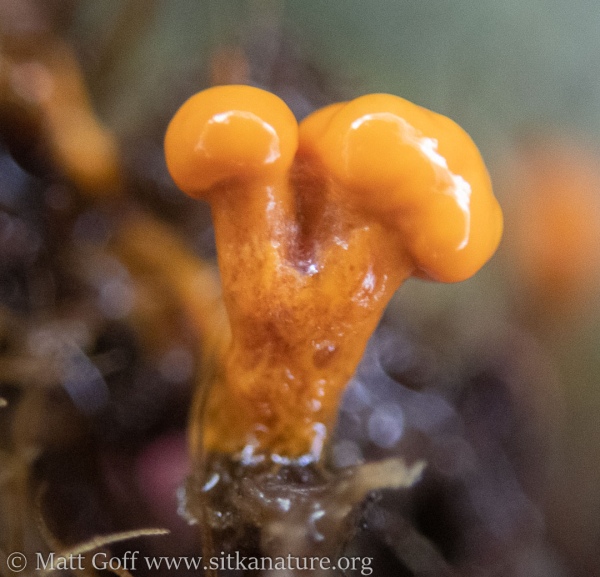 Paul spotted an interesting small orange fungus that appeared to be growing from a moss along the trail. I don’t recall seeing anything like it before. 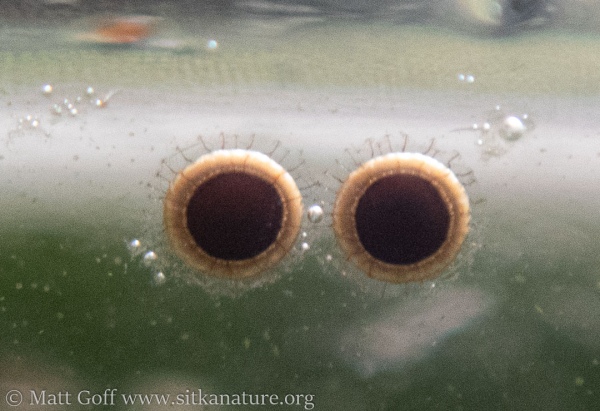 The collection I made from Heart Lake a month or more ago had been sitting outside in a covered container (out of direct sun exposure) for much of that time. Looking today, I did not find any hydras. However, I didn’t look too hard, as I was more distracted by a round thing floating on the surface. Paul told me he thought it was a statoblast the reproductive/resting stage of the colonial bryozoans which had prompted me to make the collection in the first place. 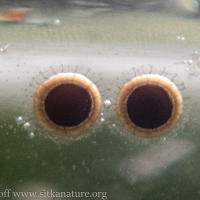 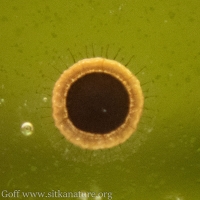 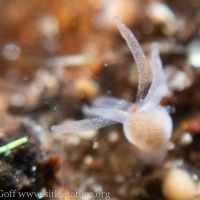 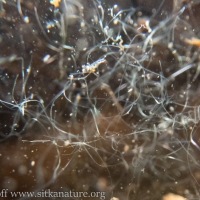 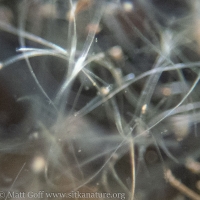 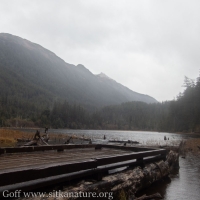 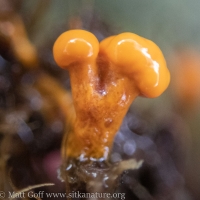